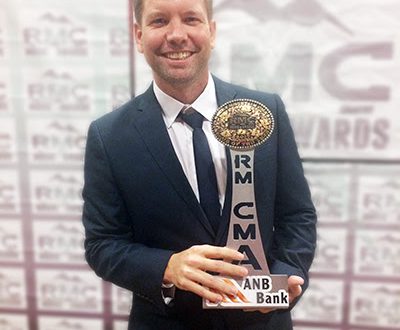 Jared Daniels, rising country male vocalist, was honored with the “Song of the Year” award recently during the Rocky Mountain Country Music Awards show presented by iHeart Media. The event was held earlier this month in Colorado. Jared’s song, “Feelin’ Good,” which is also the title track to his latest project, was honored and Jared performed the winning tune during the event.

Jared Daniels, visibly excited from the win, stated: “From being nominated for the RMCMA, to winning song of the year, I’m thankful for people who have invested in me. From my family, friends and fans, to the songwriters who I wrote “Feelin’ Good” with – Blake Chaffin and Jon McElroy – and then Logan Mize who produced the song, this wouldn’t have been possible without them. Winning this award truly means a lot, along with the opportunity to perform it at the RMCMA show.”

Jared was also nominated for Album of the Year – Feelin’ Good, and Entertainer of the Year.

Daniels is quickly making a name for himself in Nashville, TN and beyond. With his electrifying stage performances, boyish good looks and humble heart, this Kansas native is winning hearts and making friends all around the country. His debut recording, Feelin’ Good, was produced by Logan Mize, who asked Jared to make a few tour stops with him on his latest set of appearances.

Connect with Jared online at www.jareddanielsband.com.