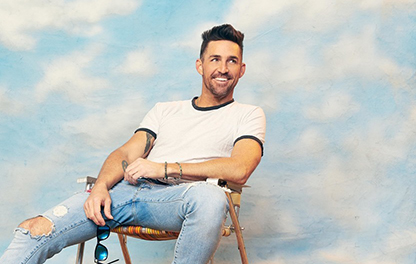 Jake Owen’s single “Made For You” hit #1 on both the Billboard Country Airplay and Country Aircheck/Mediabase charts this week marking his ninth #1 single at Country radio. “Made For You,” was penned by Benjy Davis, Joey Hyde and Neil Medley – all of whom just earned their first songwriting #1. (Watch the video above)

“Rounding out this album with a 3rd #1 is something I am so proud of,” Owen shared with Billboard. “I chose Big Loud Records as my partner because I know what they are capable of. I knew they could take me and my music to another level. Working with the BLR team and especially Joey Moi is a huge advantage and I’m very thankful for them.”

Owen continues, “I am also so proud of the songwriters on this song. Neil Medley, Joey Hyde, and Benjy Davis, It’s their first #1 song as writers. These moments are so special and I’m fortunate to be a small part of it. Finally, I’m thankful for country radio for supporting this song, and my career for all these years. We have great champions out there at radio and this is a testament to that. I love country music. I’m living a dream.”

Sending an inspiring message about love, the video stars Owen’s now fiancé, his two daughters (Pearl and Paris) and a montage of fan-submitted videos celebrating love for the people and special moments we have with them in life. The track was first introduced to a nationwide audience with Owen’s performance on ABC’s “The Bachelorette.” becoming a fan-favorite, the single has garnered an 135 MILLION global streams to date.

Music editor for Nashville.com. Jerry Holthouse is a content writer, songwriter and a graphic designer. He owns and runs Holthouse Creative, a full service creative agency. He is an avid outdoorsman and a lover of everything music. You can contact him at JerryHolthouse@Nashville.com
Previous International Songwriting Competition Announces 2020 Winners
Next Gibson Guitar Announces The New Peter Frampton “Phenix”