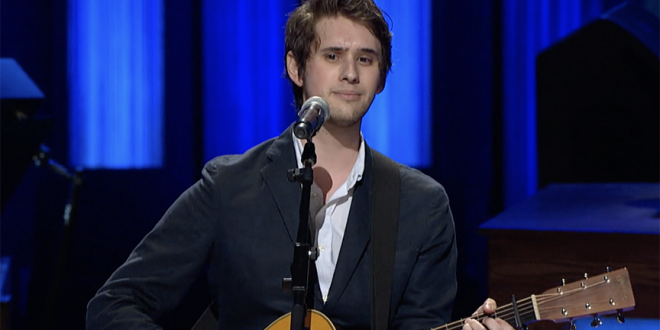 It pays to be prepared…all the time. Fortunately, singer/songwriter Jack Schneider was ready when Vince Gill unexpectedly called him to the stage to make his recent Grand Ole Opry debut. Gill, who has known Schneider for about two years, surprised everyone when he said, “I met a young kid a couple of years ago that I think the world of. He just moved to Nashville and he doesn’t even know that I’m doing this tonight. But we’re having a sweet night here, and one more song is one more song, and you might discover somebody that someday is going to really knock it out of the park. This is my friend, young Jack Schneider.”

Schneider calmly walked on stage and performed “Remember To Dance,” a song he penned with Khaya Cohen. The two wrote the song in remembrance of Nora York, a favorite professor of theirs when they attended New York University. The teacher offered much inspiration as she battled cancer. In her final message to her class, she told her students, “No matter what life throws at you, remember to smile and remember to dance.”

Schneider has recorded “Remember To Dance,” which also features Gill, and it was released November 8.

Music editor for Nashville.com. Jerry Holthouse is a content writer, songwriter and a graphic designer. He owns and runs Holthouse Creative, a full service creative agency. He is an avid outdoorsman and a lover of everything music. You can contact him at JerryHolthouse@Nashville.com
Previous Nashville Pops Orchestra Presents Kathie Lee Gifford With Lifetime Achievement Award
Next Alabama Adds Second Show at Bridgestone