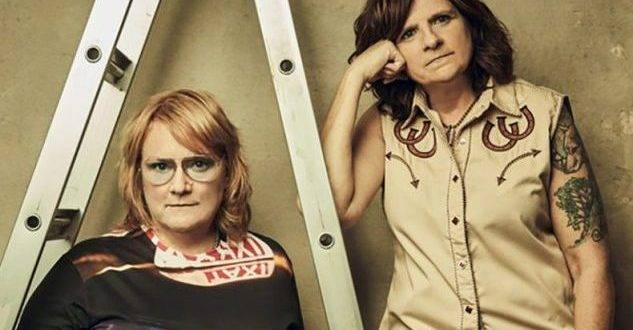 Indigo Girls Release “Change My Heart” Ahead of 16th Album

Written by Saliers, the psych-rock “Change My Heart” is Indigo Girls’ take on physical and spiritual universes. “It’s a reminder for me to be humble in the face of mysteries I can’t understand, or even human behavior I can’t understand. The “forcefield” is the realm of spiritual awakening. We are all vibrating beings. We can evolve to vibrate at higher frequencies. Gravity and being “grave” are not as powerful as we may think.”

“We’re still a bar band at heart,” says Emily, ahead of Indigo Girls’ 16th album. “Today, we joke about being old, but what is old when it comes to music? We’re just as inspired by younger artists, and the passionfeels the same as it did when we were 25 years-old.”

Produced by John Reynolds at Peter Gabriel’s Real World studios in Bath, England, Look Long was born from a need to sing songs and bolster each other. “People can feel lost in these times,” Saliers explains. “Let’s lament our limitations, but let’s also look beyond what’s right in front of us, take the long view of things, and strive to do better.”

In 1999, Reynolds produced Indigo Girls’ beloved album, Come On Now Social, a time described by Ray as “one of the most important moments in our musical growth.” They’ve reunited with that same band: Reynolds on drums, bassist Clare Kenny, keyboardist Carole Isaacs, cellist Caroline Dalea and guitarist Justin Adams, joined by their longtime violinist, Lyris Hung and vocalists Lucy Wainwright Roche and Lucy Jules (George Michael). Before flying to England, the two had agreed, “Whatever happens in the studio will happen,” says Saliers. “A lot of magic unfolded because of that decision.”

Among the many highlights are “Country Radio” (hear a great full-band version on Live From Here with Chris Thile) and Reynolds’ arrangement of a recent live staple, “Howl At the Moon.”

The power of unity has always been an Indigo Girls calling card, and maybe because of it, they’ve been having a resurgence: Their audience has become more expansive and diverse, and they have a new generation of devoted peers, like Brandi Carlile and Justin Vernon, who recently said on the Broken Recordpodcast how he, “…adored them more and more—the more they had strength in the face of their adversity,” says Vernon. “They’re my favorite group ever.”

Music editor for Nashville.com. Jerry Holthouse is a content writer, songwriter and a graphic designer. He owns and runs Holthouse Creative, a full service creative agency. He is an avid outdoorsman and a lover of everything music. You can contact him at JerryHolthouse@Nashville.com
Previous “Seasons Change” Certified Gold For Scotty McCreery
Next LISTEN: Willie Nelson’s “Our Song” Out Today