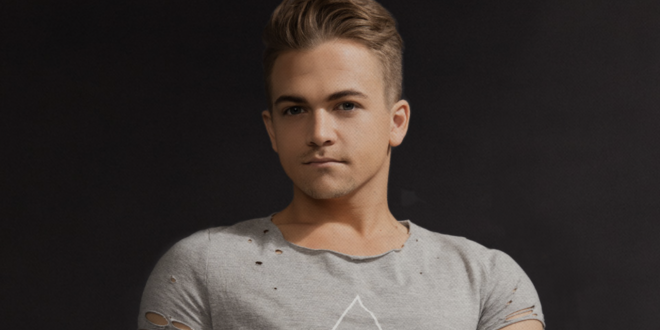 Five time GRAMMY nominee Hunter Hayes will release “Heartbreak,” his first single In three Years tomorrow (1/25). Hayes decided to try something a little different for his third studio album. The multi-platinum selling artist patiently built this new track list “I remember the day I wrote heartbreak, I felt relieved but also elated. I was on fire,” said Hayes. “It was the same feeling that I’ve had in the past with songs like ‘I Want Crazy.’ This song came about during a time where, for the first time in 5 years, I was writing by myself. Right after I wrote ‘One Shot,’ I had the idea to start journaling love songs to my future better half. After a relationship ends, I think we all want to know that there is someone for us but unfortunately, a lot of people have been lead to believe that you’re supposed to feel shitty after a breakup. I wanted this song to turn that feeling around for people and remind them not to let someone walk out the door with your happiness and your self-worth. I kind of want this song to be somebody’s disco ball on a depressing night rather than a box of tissues and a Hugh Grant movie. That’s why I love that line ‘I’ve been in some shit relationships but I remain an optimist.’ Watching shows back, that’s the line that you hear crowds singing the most, which is hilarious because the songs not even out yet. It’s a song about freedom. It’s a song about true honest happiness and love and how there is love for everyone. Not only are you worthy of being loved but there is somebody out there who loves you even though they haven’t met you. In the darkness of a heart breaking, I’m here to tell you there’s also a whole lotta light.”

However, Hayes hasn’t been completely quiet since 2016. In 2018, he released his unflinchingly honest and introspective song “Dear God,” that to date has accumulated over 22 million streams globally.

The Louisiana native has achieved over 1 billion on-demand career streams globally and three chart-topping singles , including his 5x multi-platinum crossover single “Wanted,” which received a GRAMMY nomination for Best Country Solo Performance in 2013. The massive crossover hit, featured on his 2x multi-platinum debut album Hunter Hayes, is well beyond 120 million streams on Spotify alone and became his first No. 1 single on the country airplay charts; solidifying him as the youngest solo male artist to top Billboard’s Hot Country Songs chart in over 40 years . The self-titled debut has accumulated over half a billion on-demand streams in the US alone and also includes the platinum-certified No. 1 “Somebody’s Heartbreak,” the 2x multi-platinum “I Want Crazy” and the gold-certified singles “Everybody’s Got Somebody But Me” and “Storm Warning.”

Music editor for Nashville.com. Jerry Holthouse is a content writer, songwriter and a graphic designer. He owns and runs Holthouse Creative, a full service creative agency. He is an avid outdoorsman and a lover of everything music. You can contact him at JerryHolthouse@Nashville.com
Previous Trace Adkins Launches “Don’t Stop Tour 2019”
Next The Stars Are Aligned For Michael W. Smith