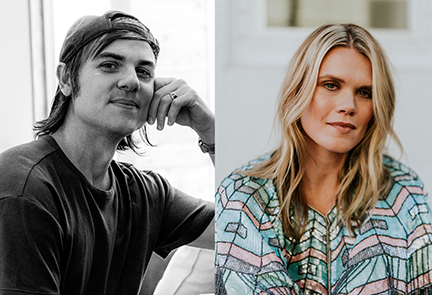 Today, Save The Music and SongFarm.org announced the inaugural “Hometown to Hometown” event on Thursday, February 13 to rally the Nashville songwriting and producing community together, with all proceeds benefiting new music technology programs in public high schools locally and across the country.

Hosted by CMT’s Leslie Fram, the evening will honor GRAMMY-nominated songwriters and producers Ross Copperman and Nicolle Galyon as the “2020 Champions of the Year.” Together, the two have a combined total of over 20 number one radio hits and both became recipients of the prestigious BMI Songwriters of the Year award in 2019. Funds raised during the event will benefit underserved high schools in Nashville, as well as the honorees’ hometowns in Virginia and Kansas, respectively.

“Ross and Nicolle are genuine champions for music education who have been giving back to their hometown music programs for years,” shared Henry Donahue, Executive Director, Save The Music. “Starting with our first meeting with Ross and Songfarm.org in Nashville, it was a no-brainer to join forces to bring the power of the songwriting and music production labs to more students and schools. We’ve had such a strong positive response from the community here in Nashville, that we think this event could be the first of many!”

The “Hometown to Hometown” event will feature music, cocktails and recognition of SongFarm.org’s work, with performances and special appearances by nationally recognized artists, songwriters and producers, which will be announced at a later time. Event sponsors include CMT, Gibson Gives, and IOMAXIS. Tickets and sponsorship packages now available via Eventbrite.

Music editor for Nashville.com. Jerry Holthouse is a content writer, songwriter and a graphic designer. He owns and runs Holthouse Creative, a full service creative agency. He is an avid outdoorsman and a lover of everything music. You can contact him at JerryHolthouse@Nashville.com
Previous Scotty McCreery Goes Double Platinum
Next Star-Studded Roger Miller Tribute Coming To The Opry