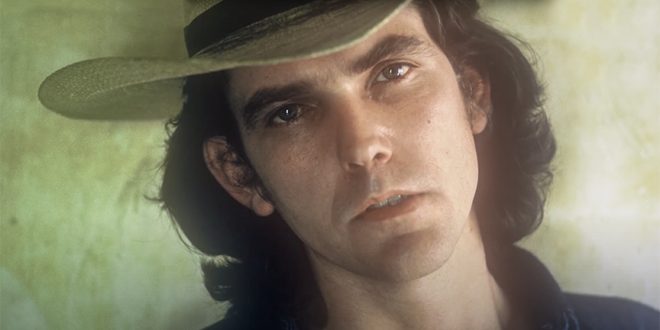 Diehard fans and musicians alike have long shared myths and legends about the late-greats amongst themselves, but it’s rare for any of those tall tales to be corroborated. Rare, but not impossible. Enter Without Getting Killed or Caught , a remarkable documentary film about the mythical, complicated relationship between legendary songwriters Guy Clark, Susanna Clark, and Townes Van Zandt, and the art it inspired; a film with enough charm to create new fans of Clark and his music and enough depth to appease long-time followers. Without Getting Killed or Caught —which will make its virtual World Premiere at the 2021 SXSW Film Festival March 16-20 — was produced and directed by longtime Americana music producer and executive Tamara Saviano and filmmaker Paul Whitfield. The film was originally scheduled to debut at SXSW in 2020 before the pandemic shuttered the festival, and for those not already attending SXSW 2021, stay tuned for additional information on public screenings with Kessler Presents, YETI, SiriusXM Outlaw Country, and more. A trailer for Without Getting Killed or Caught can be viewed now at this link and more information can be found at Withoutgettingkilledorcaught.com .

Without Getting Killed or Caught is the true story of Guy Clark, the dean of Texas songwriters, who struggles to write poetic, yet indelible songs while balancing a complicated marriage with wife Susanna, and a deep friendship with singer-songwriter Townes Van Zandt, on whom Susanna forged a passionate dependence. Clark, who died in 2016, wrote and recorded unforgettable songs (“L.A. Freeway,” “Desperados Waiting for a Train”) for more than forty years. His lyrics and melodies paint indelible portraits of the people, places, and experiences that shaped him, and no one inspired Guy more than his wife, painter, and songwriter Susanna Talley Clark, and their best friend, fellow songwriter Townes Van Zandt.

Narrated by Academy-Award winner Sissy Spacek, Without Getting Killed or Caught follows Guy, Susanna, and Townes on their journey from obscurity to reverence: Guy, the Pancho to Van Zandt’s Lefty, struggling to establish himself as the Dylan Thomas of American music, while Susanna pens hit songs and paints album covers for top artists and Townes spirals in self-destruction after writing some of Americana music’s most enduring and influential ballads. Based on the diaries of Susanna Clark—the film tells the saga from Susanna’s point of view—and Saviano’s 2016 book Without Getting Killed or Caught: The Life and Music of Guy Clark , which No Depression called “an intimate, affectionate, sometimes sad, often hilarious, and vibrant chronicle of one of our most memorable artists.”
Saviano, a longtime figure on the Americana scene, as a journalist, artist manager, and Grammy-winning producer, wrote the film with Bart Knaggs. She had the complete cooperation of Clark, who sat for numerous interviews on and off-camera. Without Getting Killed or Caught (the title comes from “L.A. Freeway”) also offers poignant reflections from Clark’s closest friends and musical allies, most prominently Rodney Crowell, Steve Earle, Vince Gill, Verlon Thompson, and Terry and Jo Harvey Allen, as well as record executive Barry Poss.

The film makes excellent use of Clark’s songs, family photographs and archives, vintage film footage, and radio talk shows on which Clark appeared solo and in tandem with Van Zandt. But the real emotional zing comes from Susanna’s pained remembrances, culled from her private journals and secret audio diaries, as well as taped conversations that Susanna made of the trio and of the “salon” that regularly gathered around them—all serving as witnesses to this seemingly fated intersection of love, art, and tragedy.

Music editor for Nashville.com. Jerry Holthouse is a content writer, songwriter and a graphic designer. He owns and runs Holthouse Creative, a full service creative agency. He is an avid outdoorsman and a lover of everything music. You can contact him at JerryHolthouse@Nashville.com
Previous Shakey Graves Set To Release “Roll The Bones X’
Next “Grand Ole Opry: 95 Years of Country Music” This Sunday