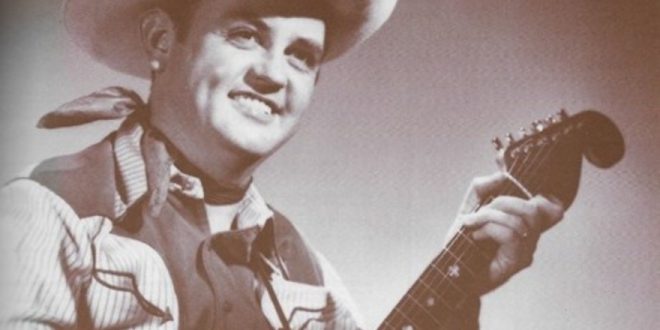 Tickets are on sale now for the Merle Travis 100th Birthday Celebration Concert to be held at Nashville’s City Winery, April 18 at 8:00 PM. Tickets can be purchased at bit.ly/merletraviscw.

Guitar slingers from far and wide will converge in Nashville to honor this historic, groundbreaking musician. The lineup continues to grow, and currently features Tommy Emmanuel (CGP), John Knowles (CGP), Steve Wariner (CGP), Pat Bergeson, Thom Bresh, Doyle Dykes, Parker Hastings, Rory Hoffman, Rob Ickes & Trey Hensley, John Jorgenson, Laurence Juber, Andy McKee, Jack Pearson, and Eddie Pennington. In commemoration of what would have been Travis’ 100th birthday year, several world-renowned guitarists will gather together for one very special night only to honor his contributions to guitar and music through a series of phenomenal performances, all-star collaborations, and a once-in-a-lifetime jam. The concert is presented by Bigsby® and the GRAMMY Museum.  Scott Goldman, the Executive Producer of The GRAMMY Museum®, will serve as host for the evening.  Proceeds from the concert will benefit The Music Education Programs of The GRAMMY Museum.

Lavishly talented, Merle Travis enriched popular music with his guitar playing, songwriting and singing. His picking style, a fusion of techniques he learned as a boy from local players, “involved picking syncopated accompaniment on the bass strings with the right thumb while simultaneously playing lead on the treble strings with the index finger.” It was a style that influenced guitarists as diverse as Chet Atkins, Doc Watson and Travis’ virtuoso son, Thom Bresh.

Travis’ songs—among them “Sixteen Tons,” “Dark as a Dungeon,” “Cannonball Rag,” “Smoke! Smoke! Smoke! (That Cigarette),” “So Round, So Firm, So Fully Packed” and “I Am a Pilgrim”—routinely crossed genres and were recorded by such artists as Tennessee Ernie Ford, B. B. King, Sammy Davis Jr., Tom Jones, Stevie Wonder, Ricky Nelson, Barbara Mandrell, the Byrds, Harry Belafonte, Johnny Cash, the Platters and the Chieftains.  Travis appeared as a soldier in the movie From Here to Eternity leading a sing along of his own “Re-enlistment Blues.”  His singing style was relaxed and conversational, a perfect vehicle for his cinematic lyrics. Travis, born in Rosewood, Kentucky, is aCountry Music Hall of Fame and Nashville Songwriters Hall of Fame inductee.

Music editor for Nashville.com. Jerry Holthouse is a content writer, songwriter and a graphic designer. He owns and runs Holthouse Creative, a full service creative agency. He is an avid outdoorsman and a lover of everything music. You can contact him at JerryHolthouse@Nashville.com
Previous Kiefer Sutherland Announces North American and European Tour
Next Bonnaroo Releases Silent Disco Schedule