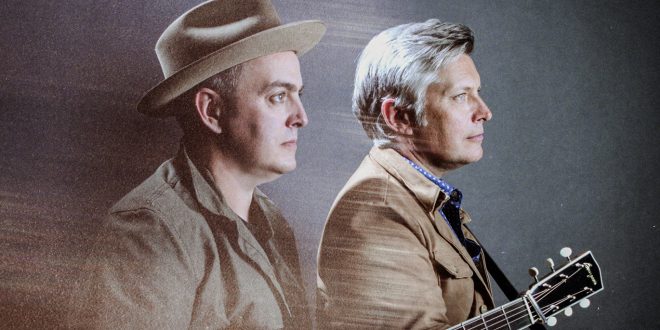 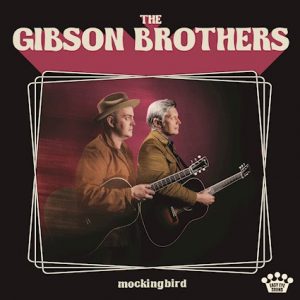 The Gibson Brothers, the sibling duo comprised of Eric and Leigh Gibson, have already made over a dozen albums, but none are quite like the new Dan Auerbach produced Mockingbird. The duo has received several awards throughout their long career, including International Bluegrass Music Association’s Entertainer of the Year, Song of the Year, Songwriter of the Year, and Album of the Year. Their newest venture, Mockingbird, showcases a blend of classic 70’s infused rock and timeless country, a modern twist on their traditional bluegrass sound, and harmonies that will keep you wishing for more.

“The songs on this album are the sound we heard growing up, riding around with our dad, who was a farmer, in his pickup, or with our mom in her station wagon. This sound was on the radio,” says Leigh, citing the Eagles, Bob Seger and Tom Petty as influences for Mockingbird.

“We’ll be able to reach more people than we have in the past,” says Eric. “I don’t want to downplay what we accomplished in bluegrass, but I didn’t know our voices would suit this variety of music so well.”
His brother agrees. “If you thought you knew the Gibson Brothers and had them figured out,” Leigh says, “well, maybe you didn’t.”

Mockingbird will be released on November 9th via Easy Eye Sound.

Music editor for Nashville.com. Jerry Holthouse is a content writer, songwriter and a graphic designer. He owns and runs Holthouse Creative, a full service creative agency. He is an avid outdoorsman and a lover of everything music. You can contact him at JerryHolthouse@Nashville.com
Previous Road Trip: Big Ears Music Festival
Next John Hiatt, Back October 12th, with “The Eclipse Sessions”