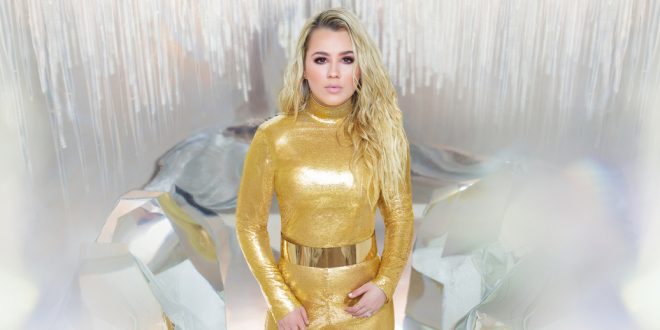 The collection comes from her album release performance special of the same name – watch above – and serves as a much-needed dose of vocally charged live music after a year without touring.

“I’m excited to be releasing Live From The Goldmine as an EP,” Barrett says. “I miss being out on the road so much – the live experience of connecting with fans and performing is something you just can’t replicate. It’s the best part of what I do. While we’re still waiting for touring to come back safely, I wanted to give fans a little taste of that live experience to take with them – a concert they can listen to anytime, anywhere. I hope y’all can have some fun with it and can’t wait to see you back out on the road!”

Serving as a first preview of the collection, “The Good Ones (Live From The Goldmine)” is available now, illuminating the silky performance version of the current GOLD Top 15 single – listen here. “The Good Ones” is gaining rapidly across the board, tallying over 125 MILLION on-demand streams

Music editor for Nashville.com. Jerry Holthouse is a content writer, songwriter and a graphic designer. He owns and runs Holthouse Creative, a full service creative agency. He is an avid outdoorsman and a lover of everything music. You can contact him at JerryHolthouse@Nashville.com
Previous Americana Music Association Announce 2021 Board of Directors
Next Shakey Graves Set To Release “Roll The Bones X’