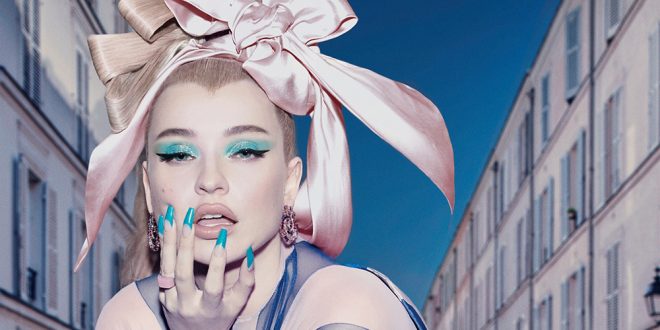 Since first emerging on the scene, Kim Petras has self-styled a massively dynamic career, that’s included selling out headline tours of North America and Europe and earning lavish praise from major mainstream publications and taste making outlets worldwide—while embodying the type of larger-than-life magnetism that inevitably inspires worshipful emulation. At the age of 20, Petras saved up all her money from a waitressing gig and booked a flight to L.A. to launch her music career. Not long after the move, she crossed paths with Aaron Joseph and began working with the up-and-coming producer—a collaboration that soon gave way to 2017’s “I Don’t Want It At All” (a #1 hit on Spotify’s Global Viral 50) and her first Top 40 smash “Heart to Break.” As she made waves with Billboard-charting hits like “Feeling of Falling” (with Cheat Codes) and “1, 2, 3 Dayz Up” (feat. SOPHIE), Petras delivered her project Clarity to widespread acclaim in 2019. Its lead single “Icy” landed her on Good Morning America for her national TV debut, and Petras was soon personally selected by Ariana Grande to appear on the Charlie’s Angels soundtrack. Concurrently, she dropped her Halloween-themed full-length project TURN OFF THE LIGHT, which includes stand out tracks “There Will Be Blood” and “Close Your Eyes.” In 2020, Kim performed her Summer hit “Malibu” on Jimmy Kimmel Live and collaborated with artists such as Kygo, Madison Beer, and K/DA. After years of triumphing as an entirely independent artist, Petras signed to Republic Records and now sets out on a brand-new era with the release of “Future Starts Now.”

Music editor for Nashville.com. Jerry Holthouse is a content writer, songwriter and a graphic designer. He owns and runs Holthouse Creative, a full service creative agency. He is an avid outdoorsman and a lover of everything music. You can contact him at JerryHolthouse@Nashville.com
Previous Cody Jinks Set To Release Country and Metal Albums
Next Bonnaroo 2021 Canceled