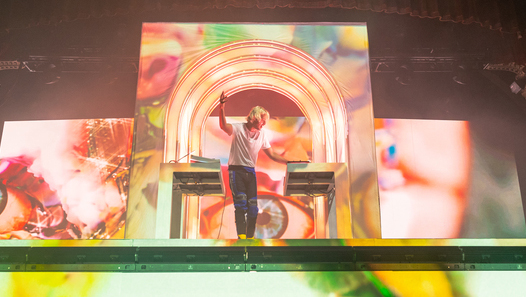 Palaces, the new album from Grammy-winning artist Flume, debuts at #1 on Billboard’s Top Dance/Electronic Albums chart. The album is out now on Future Classic and Transgressive. (Listen above)

The album features “Say Nothing” with MAY-A, “Sirens” with Caroline Polachek and co-written and co-produced with Danny L Harle, “Palaces” with Damon Albarn, “ESCAPE” with Kučka and Quiet Bison and “Highest Building” with Oklou. Further guests on the album include Spain’s Virgen Maria, France’s Oklou, British singer LAUREL and Australia’s Emma Louise. 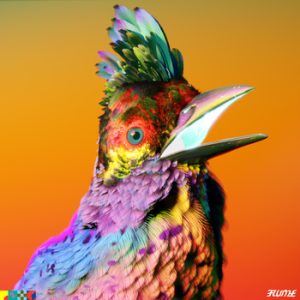 Flume, a Bonnaroo regular will be back this year at the farm on June 18 at the Which Stage. GET TICKETS HERE.

Palaces began to take shape when Flume returned to his native Australia after struggling to write music in Los Angeles at the beginning of the pandemic. He settled in a coastal town in the Northern Rivers region of New South Wales and soon found inspiration through reconnecting with the nature around him—the rolling hills, walking around barefoot, the green color the sky turns before a big storm, growing and eating his own vegetables, the smell of rain. He and his neighbor and longtime collaborator, the visual artist Jonathan Zawada, became fascinated by the local wildlife, in particular the birds, collecting field recordings that ended up on the album. With a title that properly highlights the luxury and magic of the natural world, Palaces is Flume’s most confident, mature and uncompromising work to date, a true testament to nurturing the relationships that make us whole and bring us peace.

Flume (born Harley Streten) rose to prominence as a teenager with his self-titled 2012 debut album, which established him as an international sensation. His 2016 LP Skin achieved Platinum certification around the world and earned him his first Grammy Award for Best/Dance Electronic Album. He went on to sell over 300,000 tickets globally across a sold out, 59-date world tour that year, with headlining sets at Reading & Leeds Festivals and the famed Alexandra Palace. In 2019, Flume’s acclaimed Hi This Is Flume mixtape earned him his second Best Dance/Electronic Album Grammy nomination and he played lineup topping sets at festivals worldwide including Lollapalooza, Osheaga, Outside Lands, Japan’s Summersonic, Italy’s C2C and more.

Music editor for Nashville.com. Jerry Holthouse is a content writer, songwriter and a graphic designer. He owns and runs Holthouse Creative, a full service creative agency. He is an avid outdoorsman and a lover of everything music. You can contact him at JerryHolthouse@Nashville.com
Previous Americana Announces Second Round Of 2022 Showcases
Next WATCH: Hank Williams Jr.’s “Jesus, Won’t You Come By Here”