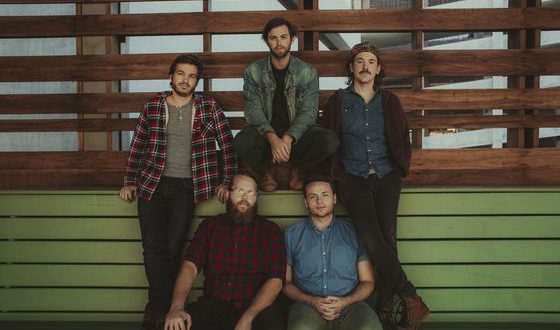 Indie-rock group Family And Friends have announced a national tour with several stops in Tennessee in support of their independent debut Felix Culpa. The band will hit Nashville’s 3rd and Lindsley on August 26 and other cities across the country and along the east coast through August and September, including a special hometown performance at the historic Georgia Theatre.
Following two EP’s in 2014 and 2015, Family And Friends have firmly established who they are on their new full-length Felix Culpa. The album has been steadily gaining attention since releasing in June. Felix Culpa tackles existential questions with sharply introspective and observant lyrics, while pushing the band’s sound forward with an injection of tribal rhythms, indie-pop and psychedelia.
Family And Friends has been flying under the radar for years, building a solid, grassroots following across the southeast with live performances that feature infectious anthems, a communal atmosphere and two electrifying drummers who create pulsating rhythms while they stand facing each other. With a renewed energy and a revamped sound, the band is set to venture outside of the region this summer as they take their live show experience across the country. To get a sense of the contagious spirit in Family And Friends’ performances, view a clip of last year’s sold-out Georgia Theatre show HERE.

Music editor for Nashville.com. Jerry Holthouse is a content writer, songwriter and a graphic designer. He owns and runs Holthouse Creative, a full service creative agency. He is an avid outdoorsman and a lover of everything music. You can contact him at JerryHolthouse@Nashville.com
Previous Charlie Daniels To Perform At Inaugural “Veteran Impact Celebration”
Next Newly Designated “Tennessee Songwriters Week” Celebrated At Bluebird