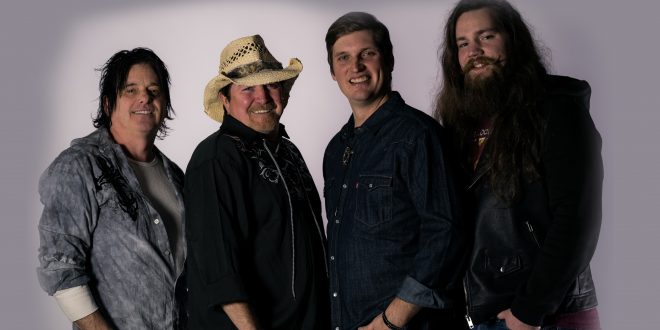 Nashville.com is proud to be the first to bring you the exclusive premiere of rising Country band, Rivershine’s latest video “Like That.” The single is currently #64 on the Music Row Country Music Breakout Chart.  The song is an upbeat tribute to the positive energy and power of love done right. “Like That” was written by Betsy Walter, Steve Mitchell  and Adam Doleac.

“As a songwriter, it is an amazing, humbling experience for an artist to connect deeply enough with the melodies and lyrics we write to really want to make it their own, record it and share it with their audience. RiverShine has done that, and not only is their recording of “Like That” awesome, the fact that they have made it a single and sent it to country radio, so it can be heard by the masses, is so inspiring and exciting!! I’m honored that RiverShine recorded “Like That” and anxious to see what the world thinks of the song because of them!” said  Betsy Walter.

The song was actually pitched to the band by one of the writers to lead guitarist/vocalist Dave Helbig who shared,  “It is such a great song, and when we heard it, we just couldn’t believe no one had cut it before?” The band was happy to take the opportunity and recorded the catchy ballad at Magic Shack Studios, with Executive Producers – Mark Slaughter and Rivershine. The band took the song to production with Slaughter after sharing the single at live performances and on their radio tour.

The Louisville Band recently signed a deal with Heart Songs Records and is building their spring and summer tour dates. “Like That” is available on all digital streaming and download retailers ie; iTunes, Apple Music, Amazon, Google.

Music editor for Nashville.com. Jerry Holthouse is a content writer, songwriter and a graphic designer. He owns and runs Holthouse Creative, a full service creative agency. He is an avid outdoorsman and a lover of everything music. You can contact him at JerryHolthouse@Nashville.com
Previous Mary Chapin Carpenter and Shawn Colvin Confirm 2020 Tour Dates
Next Luke Bryan Wraps Up “Crash My Playa” 2020