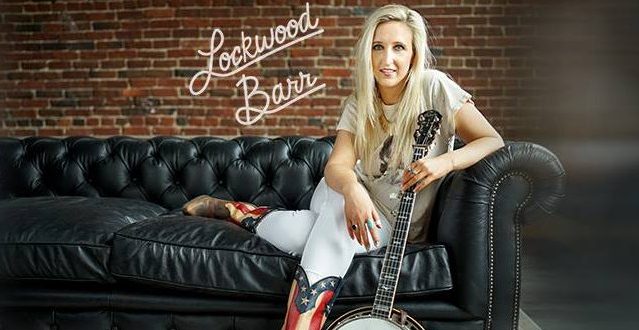 What first drew you to music?
It was the house I grew up in, both my parents are very musical. My mom was raised here in Nashville and sang professionally for a time and my dad is a banjo player, so I actually have his banjo here in Nashville.

“Signs Along the Road” album was released June 2016, and your currently writing material for your next album.
I am! I’m also getting ready to do a segment for CVS. I’ve been doing mental health and suicide awareness so we’re gonna do a special recording of a song off of my first record called “Starting Over” that I wrote for a friend who passed from suicide and we’re going to do it in the Jars of Clay studio.

What has changed in your life between then and now.. Is there a big difference in writing between these.
I think “Signs Along the Road” almost became a self-fulfilling prophecy, where there were songs about wanting to trust God and just live my faith and be a musician and trust that I am doing what I am supposed to be doing. It actually helped me listen to my own advice in a lot of ways. I think I just have a lot better sense of self and who I am as a musician and how to portray my personality authentically to the fans so that I can connect with them. I feel like my relationships with my listeners has got stronger.

What was it like working with Matt Odmark? Any thoughts on who you want to produce your next album?
They’re like family and producing the next album.

Who are you dying to work with?
Honestly, Carly Pearce. She’s been in town forever, has paid her dues, and really just deserves great success. Her voice melts me everytime it comes on. I’m such a fan and I think her songwriting is magnificent, I was actually just listening to her this morning.

What other hobbies do you enjoy when you need to unwind on the road?
I’ve really started enjoying cooking more. I mean, I have always liked eating, but because it’s so meditated, like there’s something artistic about it. It’s very methodical the way you would put a record together or over dub a song, except that it is food. I learned the recipe for a really intricate black bean salsa that I stuck on top of lettuce wrap tacos. They’re all recipes that you don’t need a huge kitchen to do, you could do it in a small set up, either in a hotel, or a tour bus or something – where I just need a knife and a cutting board and some veggies and I could have this really rich, fun thing. Then I also love finding the local, behind the scenes things. I actually did a feature with you guys a couple months ago on a house concert I did down in New Orleans. My host family was the most interesting eating experience of all because we were eating crawfish out of buckets in their driveway, and I was like, ‘This is so New Orleans’, it was so real, it was a part of their life and how they live every day.

Do you see yourself as a mentor to the younger female artists?
I do and I definitely had women, also Jars of Clay included, mentoring me. I attributed a lot of that to Jen Benderman, who is the producer on my first record and she now is the keys player for Sheryl Crow. She’s the reason I really had a lot of the confidence to even jump into the industry and stay sane and have faith in myself and everything. I feel like it’s natural to want to pay it forward, so whenever anyone has a question I’m like, ‘yes come and work with me, sit in the studio.’

What would eight-year old Lockwood say to you now about your life and career?
I would probably just jump up and down, and scream, and say ‘oh my Gosh, you’re living it’. I have to pinch myself every now and again because it’s this weird balance of remembering that this is your job, show up to work, be professional, but I also never want to lose that spark of the eight-year old me that said ‘oh, you wanted to play music, have that be your main source of income, and tour around-you’re doing it’.

Lightning Round: Ok, let’s talk about a few of your favorites in Nashville.
Most touristy thing you’ve done in Nashville? Grand Ole Opry
Favorite place to go on date night? Patterson House
Most under-rated thing about Nashville? Casual, laid back attitude
Tootsies, Layla’s or Roberts? Robert’s
Burger? Robert’s
Wine? Arrington Vineyards and then my couch

Previous Give Dad What He Really Wants For Father’s Day- Kid Rock’s American Badass Grill
Next Interview with Hot Country Duo, The Darlins