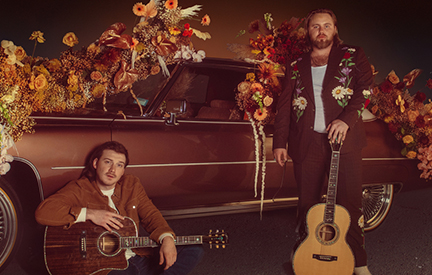 “I’m so grateful for the fans and Country radio for getting behind this song so early on,” says Ernest. “It isn’t every day that a record gets this kind of response and I couldn’t be happier that ‘Flower Shops’ is getting so much love.”

Ernest is currently on the road for Chris Lane’s FILL THEM BOOTS TOUR, which kicked off January 13, adding to his touring resume, the Nashville native will headline hometown hot spot Exit/In for two SOLD OUT nights, March 21 and March 22.

The hit-maker recently wrapped Season Three of his Just Being Ernest podcast where he hosted up-close chats alongside trailblazers such as Bobby Bones, John Crist, Craig Wiseman, Morgan Wallen, Chris Lane and more.

Music editor for Nashville.com. Jerry Holthouse is a content writer, songwriter and a graphic designer. He owns and runs Holthouse Creative, a full service creative agency. He is an avid outdoorsman and a lover of everything music. You can contact him at JerryHolthouse@Nashville.com
Previous Kathy Mattea and Suzy Bogguss Hit The Road
Next Jason Lee McKinney Releases First Gospel Album