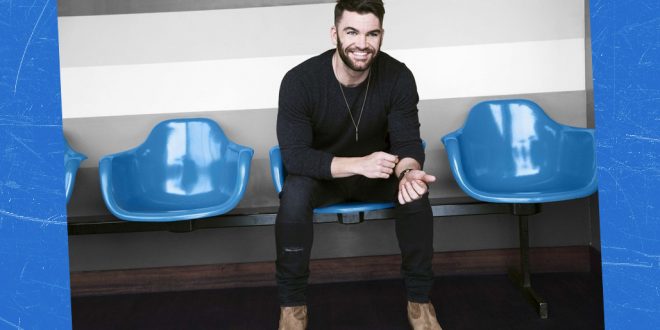 Curb Records breakout star Dylan Scott has just capped a remarkable rise to the top of Country radio, as his GOLD-certified smash “My Girl” ascends to the #1 position on both Billboard and Country Aircheck/Mediabase Country Airplay charts this week.

The first chart-topper of Scott’s young career, “My Girl” reveals the real-life story of the Louisiana native’s decade-plus long romance with his expectant wife, Blair, making the #1 achievement and fans’ embrace of the song even more meaningful.

“Growing up in Louisiana, I listened to Country radio and dreamed of someday hearing myself on the Top 40 Countdown. Not only was I fortunate enough to achieve that dream, but to reach #1 with a song that I wrote about my wife is beyond my wildest expectations,” exclaimed Scott. “I am thankful to Curb Records, Country radio, and my fans for their tremendous support.”

Co-written by Scott with Country hitmaker Josh Kerr, the track’s smoldering sensitivity and heart-thumping beat have already helped the rising artist gather a total of 100 million radio plays on Pandora and surpass 170 million on-demand streams on services such as Spotify, Apple Music, Amazon and YouTube.

Continuing the momentum, he’ll release DYLAN SCOTT DELUXE EDITION, an expanded version of his 2016 self-titled album debut with three hot-and-heavy new tracks, on August 4. Preorders for the album are available now, and Scott will celebrate the release with a special concert at New York City’s Gramercy Theatre on August 1.

Scott was named an ABOUT TO BREAK Artist by AT&T in April 2017, and in early June reached another career milestone by selling out the world-famous Troubadour in Los Angeles as part of his MY TOWN TOUR. He will continue to grow his energized fanbase with select headlining dates scheduled from coast-to-coast this summer.