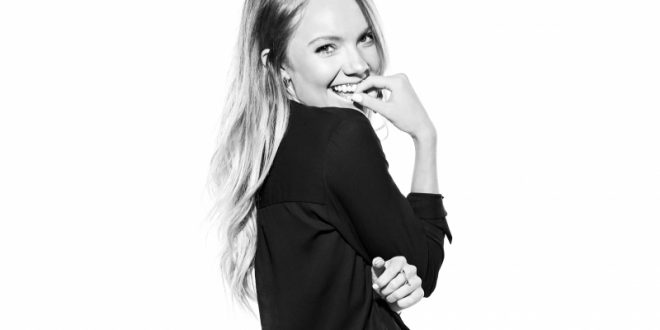 Country music songstress Danielle Bradbery has unveiled her new single “Goodbye Summer” with multi-Platinum artist and friend Thomas Rhett. The foot-tapping ode to short-lived romance is available at all digital retailers now and will impact country radio on Monday, August 27.

Thomas Rhett, who wrote the original rendition alongside Rhett Akins, Julian Bunetta and the Cadillac Three’s Jaren Johnston, joins Bradbery on the track.

“Thomas Rhett was one of the first mentors I had in Nashville and we’ve become really good friends over the years. He’s like a big brother to me, so to be able to record a song he wrote was incredibly special,” explains Bradbery. “I remember when I first heard the demo, I actually jammed to it with Thomas Rhett’s vocal on it as if it wasn’t even going to be mine. Now to have the opportunity to re-record the song with him — it’s a dream scenario.”

“It’s been fun watching this song evolve since I first recorded the demo,” Thomas Rhett said. “Danielle’s voice really took it to another level, and I’m pumped that we got the chance to team up on a new version. It’s always a blast getting to create with your friends.”

“Goodbye Summer” is the follow-up to Bradbery’s empowering single “Worth It,” a self-penned anthem which served as an introduction to her vulnerable and introspective songwriting.

Music editor for Nashville.com. Jerry Holthouse is a content writer, songwriter and a graphic designer. He owns and runs Holthouse Creative, a full service creative agency. He is an avid outdoorsman and a lover of everything music. You can contact him at JerryHolthouse@Nashville.com
Previous Jerry Lee Lewis To Perform At Schermerhorn
Next Paisley and Underwood Will Return To Host 52nd Annual CMA Awards