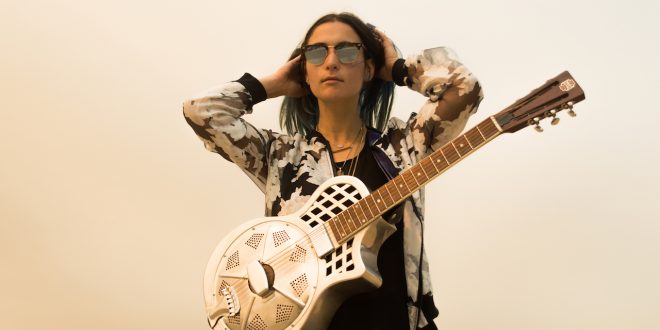 Blues/Folk artist Cristina Vane was born in Italy to a Sicilian-American father and a Guatemalan mother, she has always had a tenuous relationship with identity and place. She grew up between England, France and Italy, and was fluent in four languages by the time she moved to her fathers’ native United States for university at 18. Despite this, (and perhaps because of it) she had no sense of belonging to any one culture or country. What she did have, however, was an intense love of music. Some of her greatest influences are Skip James, Robert Johnson, Blind Willie Johnson, and Rory Block. But for her Station Inn show last week, her first live show in a year, the sound was all old time country, a sound she made sweeter with the string band she put together. With a sound somewhere between Kacey Musgraves and Bonnie Raitt she had the sold out crowd’s attention all night. It was Vane’s first time playing the Station Inn and although she had never met him, she had some poignant words about the recent loss of longtime Station Inn owner Earl JT Gray. 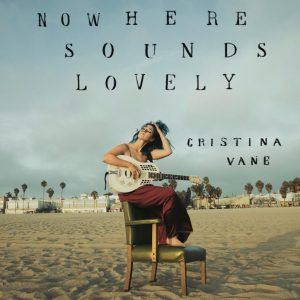 Vane, who is now based in Nashville hopes to find a larger community of like-minded musicians. Working with Grammy-award-winning drummer and producer Cactus Moser on Nowhere Sounds Lovely (which released last Friday), was assurance enough that she’d come to the right place. “When it came to the album, I wanted it to be a reflection of who I am, not just of the old music that I’ve come to love”, she explains, “and I’m essentially a rock kid who is obsessed with old music.” Moser also played drums on the record and his style “has some grit and some rock, mixed with these really awesome references to traditional roots music,” says Vane. The album was engineered by Rodney Dawson, and also features bass player Dow Tomlin, fiddle player Nate Leath, and pedal steel player Tommy Hannum.

Buy her new album here. It’s the best thing we’ve heard in a while.

Music editor for Nashville.com. Jerry Holthouse is a content writer, songwriter and a graphic designer. He owns and runs Holthouse Creative, a full service creative agency. He is an avid outdoorsman and a lover of everything music. You can contact him at JerryHolthouse@Nashville.com
Previous ACM Awards Lineup Announced
Next Carrie Underwood’s “My Savior” Debuts At #1