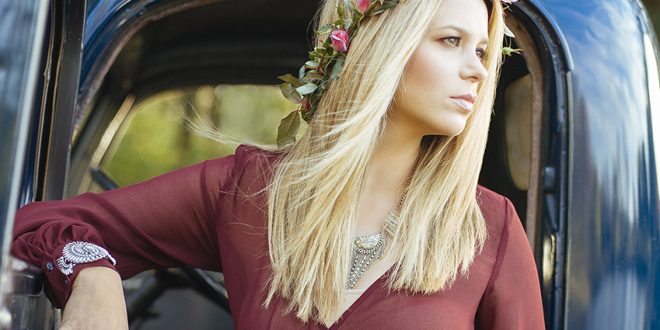 “I am thrilled to be making my Grand Ole Opry debut at the legendary Ryman Auditorium as an artist. To be performing my original music in a place where so many of my musical heroes have stood will be a very emotional and surreal moment in my career,” says Cash of the monumental moment. “Members of my family will be there to share the memory with me, and I know it is something I will never forget. I feel so blessed and honored to have this experience.”

As co-owner and operator of Cash Cabins Enterprise, LLC in Hendersonville, Tenn., alongside her husband, John Carter Cash, the Cash family plays a vital role in the community. Mayor Jamie Clary of Hendersonville proclaimed it as “Ana Cristina Cash Day” as a token of appreciation to Ana for her time, talents, and devotion to the community and the world.

Fans can tune in to listen to her Opry appearance live via the Opry website or WSM Radio online at https://wsmonline.com/listen-live/ , as well as the 650 AM WSM Mobile App or 650 AM WSM in Nashville. Tuesday and Saturday night performances also run on a 30-minute delay on Willie’s Roadhouse on SiriusXM Satellite Radio and in encore performances throughout the week.

Cash will perform her latest single, “Broken Roses,” a powerful and thought-provoking song about mental health and the difficulty one endures when experiencing a loved one who is suffering from mental health. On World Mental Health Day, Cash joined the Campaign to Change Direction in an online Global Conversation on Mental Health as a national initiative focused on changing the culture of mental health.
Ana Cristina Cash was raised in Miami, Florida. Cash, of Cuban descent, is bi-lingual and began a professional career in music at the tender age of six. She quickly became an accomplished champion of the singing competitions on the variety show, “Sabado Gigante.” Cash’s recordings showcase her broad vocal range, from a deep resonating contralto to an amazing soaring soprano, revealing what is known to some as a “whistle register.” Cash signed to Sony Music’s Latin division at the age of 15 and recorded her debut album Ana Cristina in the Spanish language.

Cash went on to be the first Hispanic American to perform the “Star-Spangled Banner” for a presidential inauguration for President Bush in 2005. In 2016, Cash married music producer, John Carter Cash, and has since been writing and recording the music she was born to sing. Cash’s music perfectly blends her connection with rockabilly and gritty blues, adding in a flavor of country and soul to create her own distinctive sound.

Music editor for Nashville.com. Jerry Holthouse is a content writer, songwriter and a graphic designer. He owns and runs Holthouse Creative, a full service creative agency. He is an avid outdoorsman and a lover of everything music. You can contact him at JerryHolthouse@Nashville.com
Previous Sturgill Simpson Adds Tour Dates Including Bridgestone
Next LR Baggs and Dee White Release Americanafest Session