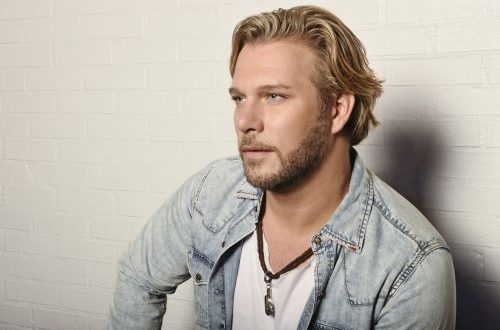 Craig Wayne Boyd grabbed the attention of America by winning NBC’s The Voice reality TV singing competition in 2014. Now, the country music singer-songwriter is headed to the silver screen, making his acting debut in the theatrical release of Roe v. Wade, coming to theaters this spring.
“Being a bit of a history buff, I am truly excited to be a part of a project that sheds light on such a pivotal point in modern American History,” says Boyd.
Roe v. Wade depicts the untold story of the highly debated topic of abortion in the United States, and the turmoil that erupted when the Senate ruled in favor of a woman’s right to choose.
Written and directed by Cathy Allyn and Nick Loeb, Boyd joins an all-star cast including Loeb, Jon Voight, Robert Davi, John Schneider, Stacey Dash, Joey Lawrence, Steve Guttenberg, and more. Boyd plays the role of Dr. Smith.

A native of Mesquite, Texas, Craig Wayne Boyd came to the attention of America as the winner of Season 7 of the hit NBC television program, “The Voice.” During his run on the show, Boyd performed his versions of classic country hits such as “I Walk The Line,” “You Look So Good In Love,” and “Workin’ Man Blues.” During his rise to fame, Boyd’s single “My Baby’s Got A Smile On Her Face” debuted at No. 1 on the Billboard Hot Country Songs chart, becoming the second song in history (following Garth Brooks’ “More Than A Memory”) to achieve that level of chart success. Boyd’s first full-length album (since winning The Voice), Top Shelf, is available now.

Music editor for Nashville.com. Jerry Holthouse is a content writer, songwriter and a graphic designer. He owns and runs Holthouse Creative, a full service creative agency. He is an avid outdoorsman and a lover of everything music. You can contact him at JerryHolthouse@Nashville.com
Previous Rory Feek Celebrates “Finding Josephine” With An Intimate Screening On His Farm
Next LOCASH Set To Release “Brothers” March 29