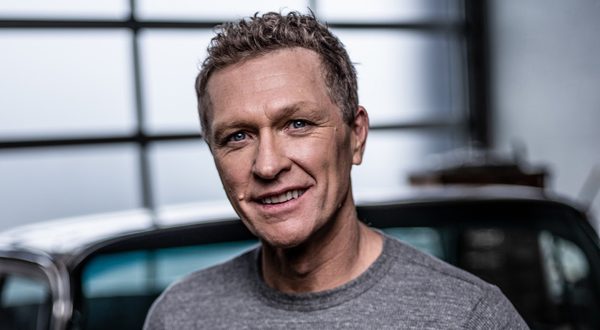 Craig Morgan is partnering with Monster Energy for the 2021 Iron Dog Snowmobile Race in Alaska, performing the national anthem at the start of the race on February 13th and joining Pro class riders on February 20th for the final day of the 2,600 mile trek. Known to be the longest, toughest snowmobile race in the world, the Iron Dog will continue on with COVID precautions in place.

Taking part in the rugged event isn’t out of character for Morgan, a full-KETO diet endurance athlete, Motocross fan, and avid outdoorsman. In 2013, the singer participated in Fjä llr även Polar, a 200-mile, five-day dog sled race that kicks off in Sweden before making its way through three countries. The trek was showcased on Morgan’s hit TV show, Craig Morgan All Access Outdoors.
It’s also the perfect partnership for Monster Energy, which features a full line of energy and protein shakes that help fuel athletes and outdoorsmen. Monster Energy sponsors a variety of Motocross athletes and competitions including the Monster Energy Cup and a lineup of Monster Energy AMA Supercross events.

Morgan recently performed at Conservation Aid, a livestream concert held at the Grand Ole Opry with Blake Shelton and others in support of wildlife and habitat conservation. Last year, the singer, who has scored a number of Top 10 hits including “Redneck Yacht Club,” “ Bonfire, ” and the multi-week chart-topper, “That’s What I Love About Sunday,” released his ninth studio album, God, Family, Country.

An artist with a longstanding record of service to his country, Morgan is a veteran who spent 17 years in the U.S. Army and Army Reserves. He has remained devoted to supporting our military men and women, making 16 overseas tours to entertain more than 45,000 U.S. troops all over the world. In 2018, he was awarded the Army’s Outstanding Civilian Service Medal – the highest civilian honor the Department of the Army can bestow upon a civilian. Last summer, Morgan partnered with Monster Energy to entertain U.S. troops around the world.
“As a part-time resident here in Alaska, I can’t wait to partner with Monster Energy on this longstanding tradition in the state,” shared Morgan.

Music editor for Nashville.com. Jerry Holthouse is a content writer, songwriter and a graphic designer. He owns and runs Holthouse Creative, a full service creative agency. He is an avid outdoorsman and a lover of everything music. You can contact him at JerryHolthouse@Nashville.com
Previous Win A Guitar, Help A Good Cause
Next Americana Music Association Announce 2021 Board of Directors