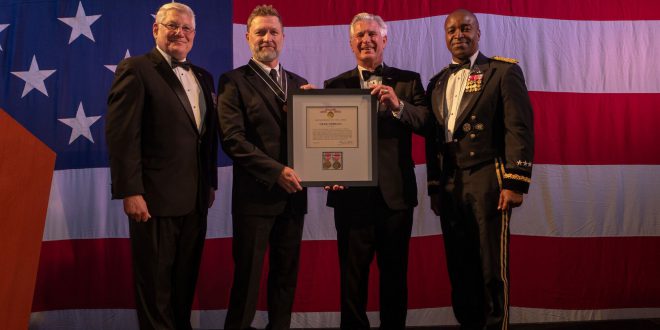 Country music star and Army Veteran Craig Morgan was awarded the Army’s Outstanding Civilian Service Medal over the weekend, recognizing his dedication to entertaining troops and their families around the world. Morgan, who has charted 25 songs on Billboard and thrills massive audiences with signature hits including “Bonfire,” “Almost Home,” “Redneck Yacht Club,” and “That’s What I Love About Sunday,” has made 15 overseas tours for our troops and performed for more than 37,000 service members and their families in all four corners of the world.

The presentation took place during the Greater Los Angeles Chapter of the Association of the United States Army (GLAC AUSA) annual Army Ball on Saturday, June 23 in Huntington Beach, California. Morgan spoke about the honor with Fox News the following morning, view the interview HERE.

The Outstanding Civilian Service Medal is one of the highest awards that the Department of the Army can bestow upon a civilian.  The Army is recognizing Morgan for his significant dedication to supporting not just Soldiers but to all military serving their country – often in harm’s way.

Morgan just returned to the U.S. after completing his 10th USO Tour to entertain U.S. military members stationed overseas. The eight-day tour, his third with the Vice Chairman of the Joint Chiefs of Staff, visited seven countries and included stops in western Tokyo, Afghanistan, Kuwait, Iraq and Spain as well as the Korean Peninsula where the U.S. Army veteran was once stationed. Morgan served in the Army for nearly two decades. 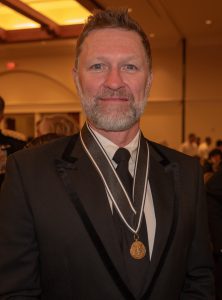 Music editor for Nashville.com. Jerry Holthouse is a content writer, songwriter and a graphic designer. He owns and runs Holthouse Creative, a full service creative agency. He is an avid outdoorsman and a lover of everything music. You can contact him at JerryHolthouse@Nashville.com
Previous Second Round Of Artists Confirmed to Play Americanafest
Next Charlie Daniels To Perform At Inaugural “Veteran Impact Celebration”