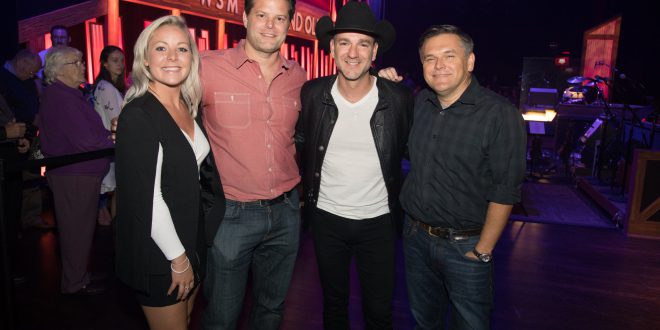 Critically acclaimed Red Bow Records artist CRAIG CAMPBELL celebrated a momentous milestone with his 50th performance on the Grand Ole Opry stage Friday night (10/20). The singer-songwriter made his Opry debut on October 8, 2010 with a performance of his breakout (then current) hit “Family Man” and “I Bought It.” Bringing it full circle, Campbell played his debut single and infectious hit “Keep Them Kisses Comin’.”

“I remember the very first time I walked out on this stage… It was such a big moment that at the time, the only thing I could think of to say was ‘I made it!’” laughed Campbell.  “But, the luster of walking out on this same stage never goes away and I’m very honored to be here for the 50th time.”

Campbell just wrapped up touring with superstar Luke Bryan on his HUNTIN’, FISHIN’ AND LOVIN’ EVERY DAY TOUR – which scored the #1 position on Billboard’s weekly tally of top-grossing tours (10/2-9) – and is currently headlining select dates nationwide. The Georgia native is also hard at work on his debut album for Red Bow Records and a new single is expected to release in 2018. Earlier this year, Campbell performed a powerful rendition of “American Anthem” for the nationally-televised Macy’s 4th of July Fireworks score.