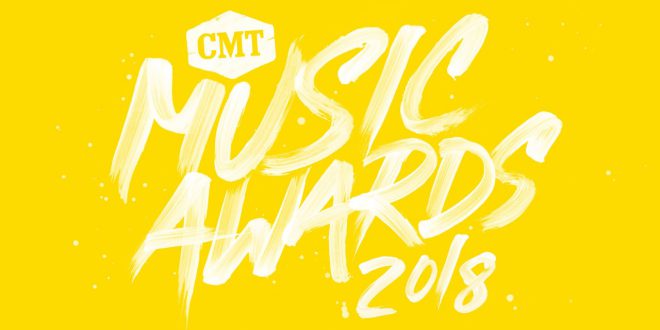 CMT today announced the nominations and hosts for the “2018 CMT Music Awards,” premiering on Wednesday, June 6 at 8pm ET/PT. Each winner is selected by the fans with voting open now at CMT.com.

Little Big Town, nominated for three awards this year, is set to host their first-ever awards show when the “2018 CMT Music Awards” premieres LIVE from Nashville next month. With multiple “CMT Music Awards” wins and performances under their belts, the chart-topping and record-breaking group are no strangers to dominating the loudest night in country music.

For the first-time ever, the highly-coveted “Video of the Year” category features pop artists, as Justin Timberlake’s soul searching “Say Something,” featuring Chris Stapleton, and Bebe Rexha’s head-bopper hit “Meant To Be,” with Florida Georgia Lineare added into the mix, along with videos from Blake Shelton, Brett Young, Brothers Osborne, Carrie Underwood featuring Ludacris, Dan + Shay, Jason Aldean, Kane Brown featuring Lauren Alaina, Kelsea Ballerini, Luke Combs, and Thomas Rhett. The top five “Video of the Year” nominees will be announced the morning of the show and fans will be able to vote all day and throughout the show on Twitter.

As a longtime advocate and supporter of the emerging artist community, each of this year’s nominees for “Breakthrough Video of the Year” (Carly Pearce, Danielle Bradbery, Devin Dawson, LANco, Russell Dickerson, Walker Hayes) have been featured across CMT’s multiple platforms and screens as part of its “CMT Listen Up” campaign and/or highly-lauded “CMT Next Women of Country” franchise.

Fan voting begins today at CMT.com and continues until 12:01am ET on Monday, June 4th.

VIDEO OF THE YEAR
Best video of the year; awarded to the artist (male, female, group/duo or collaboration) and the video director. Final nominees announced the morning of the show, with final voting held on social media during the live telecast.

MALE VIDEO OF THE YEAR
Best video by a male artist; awarded to the artist

FEMALE VIDEO OF THE YEAR
Best video by a female artist; awarded to the artist

DUO VIDEO OF THE YEAR
Best video by a duo; awarded to the artists

GROUP VIDEO OF THE YEAR
Best video by a group; awarded to the artists

BREAKTHROUGH VIDEO OF THE YEAR
Best video from an artist’s major breakthrough album; awarded to the artist (male, female or group/duo)

COLLABORATIVE VIDEO OF THE YEAR

Best video from a collaboration; awarded to the artists

CMT PERFORMANCE OF THE YEAR

Musical performance on a television show, series or variety special on CMT; awarded to the artist (individual, group or duo)

Music editor for Nashville.com. Jerry Holthouse is a content writer, songwriter and a graphic designer. He owns and runs Holthouse Creative, a full service creative agency. He is an avid outdoorsman and a lover of everything music. You can contact him at JerryHolthouse@Nashville.com
Previous Brett Eldredge Announces Headlining “The Long Way Tour”
Next Maren Morris To Perform In Bluebird Documentary