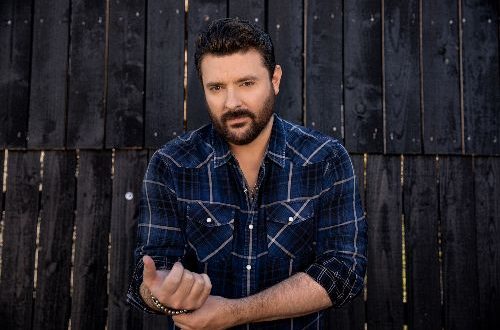 After teasing new music to his more than 6 million social media followers, Chris Young has released two new tunes today. The romantic new single “Looking For You” and sentimental new song “All Dogs Go To Heaven” are available now.

Written by Young with Chris DeStefano, James McNair and Emily Weisband and produced by Young and DeStefano, “Looking For You” is the follow-up to back-to-back No. 1s “Famous Friends” and “At The End Of A Bar.” The hypnotic new song borrows on Young’s jazz background along with a romantic lyrical twist.

“Looking For You” impacts country radio on January 23 and you can watch the official music video, directed by Peter Zavadil, above. Chris stars in the clip and his 2015 Dodge Challenger, first featured in the music video for his triple-platinum hit “I’m Comin’ Over,” makes a return appearance to the screen as well.

“All Dogs Go To Heaven,” also available January 13, is inspired by his own pup, Porter, a Christmas gift in 2017 from his sister Dot. Written by Young with Corey Crowder and Cale Dodds and produced by Young and Crowder, the sentimental song celebrates man’s best friend and the pure love of a pet. Listen below.

“I met Porter when he was basically baked potato sized and now he’s a 115 pound tank of a German Shepherd and I love this dog,” shares Chris. “I think regardless of whether you have a pet of any kind, you can relate to ‘All Dogs Go To Heaven’ and it’s the idea that they’ll be waiting on you when you get up there.”

Look for Chris at the Grand Ole Opry here in Nashville on Jan. 21.

Music editor for Nashville.com. Jerry Holthouse is a content writer, songwriter and a graphic designer. He owns and runs Holthouse Creative, a full service creative agency. He is an avid outdoorsman and a lover of everything music. You can contact him at JerryHolthouse@Nashville.com
Previous Country Music Hall of Fame Opens New Exhibit
Next Brothers of the Heart New Music Drops Friday