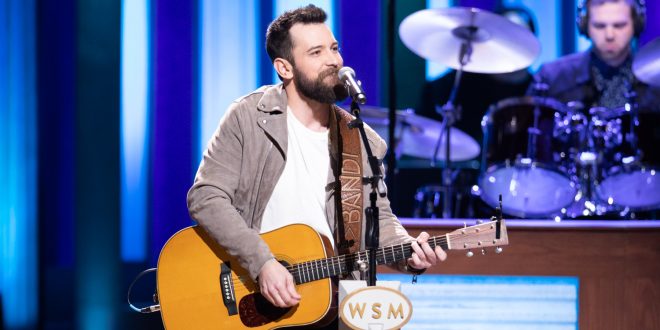 Up and coming singer Chris Bandi made his Grand Ole Opry debut on Tuesday, February 25 taking his first steps inside the circle, witnessed by an audience full of fans, friends, and family. After an introduction by host, Bill Cody, Bandi delivered an energetic set, including unreleased songs “What If We Don’t,” and “﻿They Make Whiskey,” closing out with his redemptive hit single, “Man Enough Now.” The coming-of-age tempo track, written by Bandi along with Jason Massey and Jason Duke, has racked up over 75 million streams and counting and is impacting country radio now.

“Feeling a lot of emotions, this is one of the greatest days of my life, “ says Bandi. “It was magical. Everyone told me how amazing the crowd is, and I don’t think you can really put it into words until you walk out into the circle.”

Bandi began making the trek to Nashville during his college days at Ole Miss, honing his craft playing small clubs and making the big move to Music City after graduation. Nashville took notice of his passion for storytelling and multi-genre tinged vocals, evidenced by a publishing deal with BMG and a Records label deal, a joint venture label between Barry Weiss and Sony Music Entertainment, in late 2019.

Music editor for Nashville.com. Jerry Holthouse is a content writer, songwriter and a graphic designer. He owns and runs Holthouse Creative, a full service creative agency. He is an avid outdoorsman and a lover of everything music. You can contact him at JerryHolthouse@Nashville.com
Previous Florida Georgia Line Tease Carrie Underwood With Hopeful Collaboration
Next Black Crowes, AKA Brothers Of A Feather Crush Basement East