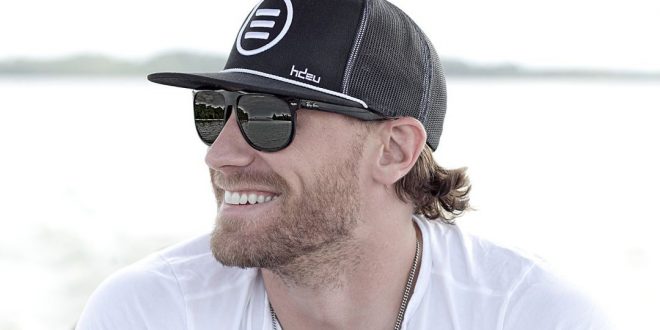 Chase Rice’s “Eyes On You” Most Added Song This Week

Chase Rice made a triumphant return to country radio with his new single, “Eyes On You,” becoming the No. 1 Most Added song in the format. The mid-tempo ballad paints a picture of a man so in love with a woman that nothing else in the world can take his eyes away from her. Hitting the U.S. Viral 50 Chart immediately after its release, “Eyes On You” was an instant fan-favorite on streaming services, having been streamed over 50 million times worldwide already – averaging more than 250,000 streams daily – before even being announced as a radio single.
Written by Rice alongside frequent collaborators Ashley Gorley and Chris DeStefano, the singalong chorus of “Eyes On You” tells the story of a man so enamored by a woman that the world’s most beautiful settings pale in comparison. Drawing inspiration from a true story of a trip to Hawaii, the lyrics reminisce on some of the most enchanting views in the world. The accompanying music video, below, takes Rice and friends on a similarly stunning expedition to California. The trip was not without drama – while snowboarding during the video shoot, Rice sustained a torn pectoral muscle that required surgery. Always one to bounce back for his fans, Chase delivered a performance of a lifetime just three days post-op still decorated with stitches and an arm sling.
“The day we wrote this song we knew it special,” the North Carolina native reveals. “Yes, it’s a groove, but what I love is that it was born out of the notion ‘no matter where I go, no matter what I do,’ when we’re there together I’m in THAT moment and nothing else matters. To the fans singing these lyrics back night-after-night, I see you. Thank you for making this a huge song for us already!”

Music editor for Nashville.com. Jerry Holthouse is a content writer, songwriter and a graphic designer. He owns and runs Holthouse Creative, a full service creative agency. He is an avid outdoorsman and a lover of everything music. You can contact him at JerryHolthouse@Nashville.com
Previous TG Sheppard and Kelly Lang To Perform At Graceland For Elvis Week
Next Dueling Pianos For A Good Cause