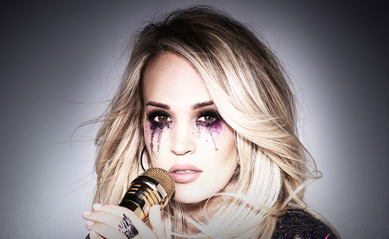 Carrie Underwood’s new album Cry Pretty is the biggest all-genre debut by a female in 2018, topping Cardi B’s Invasion of Privacy (April 6, 2018). The album debuted at No. 1 on both the Billboard 200 and Top Country Album Charts with 265,654 equivalent album units, making Underwood the only woman in history to land four country albums at the top of the all-genre Billboard 200 chart.

This is Underwood’s seventh consecutive album to debut at No. 1 on the Top Country Albums chart, representing all of her first seven albums including her Greatest Hits: Decade #1.

Music editor for Nashville.com. Jerry Holthouse is a content writer, songwriter and a graphic designer. He owns and runs Holthouse Creative, a full service creative agency. He is an avid outdoorsman and a lover of everything music. You can contact him at JerryHolthouse@Nashville.com
Previous LANCO Certified Double Platinum
Next Blake Shelton Expands Empire