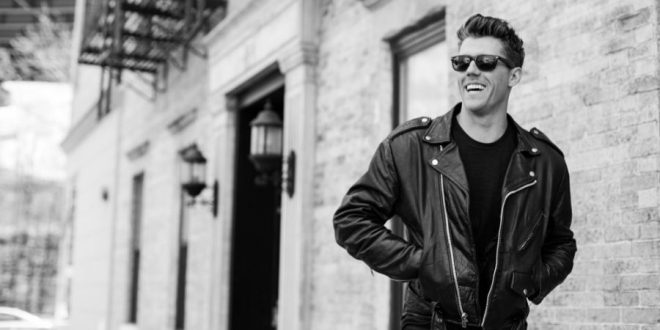 Brandon Mills wrote “Don’t Mistake” in the aftermath of transitioning from combat veteran to active civilian. He wanted to remind himself and others that perfect love casts out fear. A life lived in service to others reveals the deep connectivity that humans share, no matter the society and culture they identify with.

With strong conviction and a wealth of experience, Brandon’s voice is stable and powerful, evoking belief and hope that problems can be solved and divides can be narrowed. Speaking from the soul, Brandon invites the listener to take action, to lead with love, and to choose understanding over ignorance.

Mills most recently starred in ABC Networks “The Bachelor Listen to your Heart”. Along with continuing to create music and inspire his fans with his songs he spends his time working with non-profits who support veterans.

Mills has experienced more than most as a warrior, a poet, a servant, and an artist. After serving in the Marine Corps as a Recon Marine and Scout Sniper with tours to Iraq and Afghanistan, Brandon began questioning the systemic issues that control many of the world’s citizens. He spent the next few years serving in orphanages and refugee camps around the globe, with the desire to give and learn the deep issues of humanity’s broken heart.

“Don’t Mistake” is a cry to question the division that creates hatred, unhealthy cultural norms, and the wisdom available to correct these issues. Transitioning from the military industrial complex, Brandon began turning towards the pursuit of higher consciousness.

Music editor for Nashville.com. Jerry Holthouse is a content writer, songwriter and a graphic designer. He owns and runs Holthouse Creative, a full service creative agency. He is an avid outdoorsman and a lover of everything music. You can contact him at JerryHolthouse@Nashville.com
Previous Barry Gibb’s New Nashville Heavy Record Soars
Next Carrie Underwood To Release Gospel Album “My Savior”