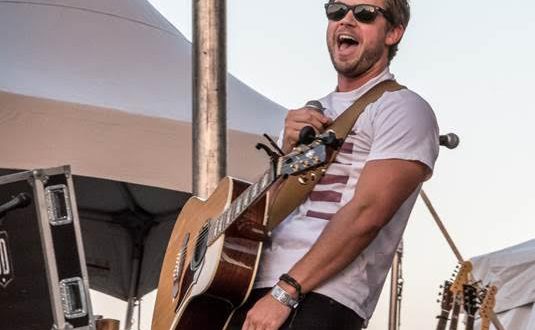 EMI Records Nashville’s Brandon Lay joins country superstar Kenny Chesney on his highly anticipated 2018 Trip Around The Sun stadium tour kicking off next April in Tampa, FL. Spanning 18 U.S. cities and taking place in some of the most iconic venues in the United States, including Soldier Field and Gillette Stadium, the Trip Around The Sun Tour is certain to be one of the hottest tours of the Summer. Prior to Chesney’s tour dates, Lay will hit the road with Old Dominion and Michael Ray performing across the U.S. and Canada early next year.

After landing the No. 1 most-added song at country radio and reaching No. 7 on the Spotify U.S. Viral Chart with his “anthemic new single” (Rolling Stone) “Speakers, Bleachers And Preachers,” Lay has released four songs across two two-packs including brand new songs “Wilder Horses” (Ross Copperman, Jon Nite, Brandon Lay) and “Break Down On Me” (Brandon Lay), plus “Speakers, Bleachers And Preachers” (Luke Laird, Shane McAnally, Brandon Lay) and “Let It” (Paul DiGiovanni, Brad Tursi, Brandon Lay). Written in Lay’s signature storytelling style, the new tracks give fans an even deeper look into Lay’s life and memories which inspires the compelling songs he creates. The result is relatable and genuine music “tinged with twang, summing up small-town existence in songs made for a bonfire party” (Rolling Stone). Additionally, fans can learn more about Brandon Lay in his new EPK, check out the lyric video to his debut single, and find his full tour schedule on his website www.brandonlay.com/

Trip Around The Sun Tour Dates

EMI Records Nashville’s Brandon Lay grew up in Jackson, Tenn. – in between the blues, soul and rock-and-roll of Memphis and the country music capital of the world in Nashville. Influences from both legendary music cities can be found throughout Brandon’s work including his recently released debut single, “Speakers, Bleachers and Preachers.” Co-written by Brandon with Luke Laird and Shane McAnally, “Speakers, Bleachers and Preachers” is autobiographical and walks listeners through the three biggest influences in his life – music, sports and faith.  The tune sparked an immediate reaction with listeners and quickly impacted the Spotify U.S. Viral chart cresting as high as No. 7.

Brandon, who moved to Nashville in 2010, signed a publishing deal with Warner/Chappell in 2013 and has been building a devoted following ever since. Brandon co-produced and co-wrote every song on his debut album expected out in 2018.