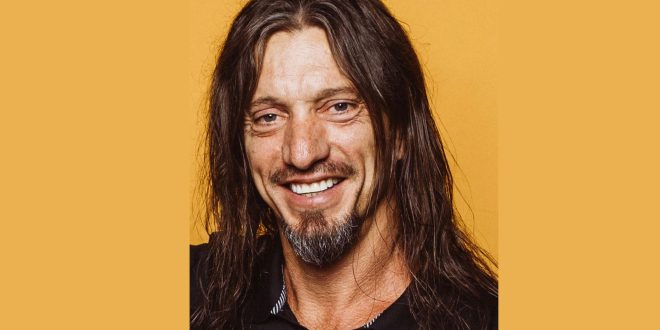 Country songwriter, Brad Warren, half of the Warren Brothers duo launches his first-ever podcast, “The Good Grief Good God Show,” available on all streaming platforms and on YouTube today. Warren calls upon Founder and Executive Director of Porter’s Call, Al Andrews, and singer/songwriter Jeffrey Steele for the pilot episodes. The season will continue with special guest stars including songwriters Aimee Mayo, Casey Bethard, JT Harding, sports agent Tim O’Neil, three time Grammy winner Ashley Cleveland and Texas singer/songwriter Cory Morrow with more to be announced. This soul-baring podcast touches on loss, healing and faith seamlessly mixed in with behind the scenes stories of the music industry and moments of humor, true to Warren’s personality.

“I was approached by podcast producer Matt Peveto in Austin this year about doing this sort of podcast. Despite my initial hesitation, I started thinking of how much I would have loved hearing something like this throughout my grief journey,” shares Warren. “One morning I was discussing the podcast idea with my wife and she told me ‘You are doing this. You know God wants you to do this.’ And that was that. When my wife, Michelle, and God agree on something I don’t argue. I just do it.”

Following the success over his 20-year career in the music industry, Warren’s family was forever changed following the loss of his first born son, Sage, to an accidental fentanyl overdose in 2020. Warren discovered a place of healing when he connected with his peers and those who have been through the familiar, and often taboo, topic of loss. His grief led him to this raw and honest podcast to peel back the curtain on the rarely talked about subject of grief – while offering deeply personal stories of his journey to living with loss – in hopes this show connects with those going through the long lasting process of healing.

“If you had told me five years ago I’d be doing a podcast about grief I would have said you were crazy…then I probably would have asked you what a podcast was,” Warren describes his unexpected journey to becoming a host of his own show.

The show will premiere Tuesday, Nov. 1 at 8 a.m. CT and every first and third Tuesday morning monthly across all major audio platforms and on YouTube. The Grammy nominated and Emmy award-winning songwriter is half of the Warren Brothers duo with his brother, Brett Warren. Together, the two have written songs for top artists including Taylor Swift, Steven Tyler, Toby Keith, Keith Urban, Faith Hill, Lynyrd Skynyrd, Blake Shelton, Dierks Bentley and over 30 Tim McGraw songs.

Music editor for Nashville.com. Jerry Holthouse is a content writer, songwriter and a graphic designer. He owns and runs Holthouse Creative, a full service creative agency. He is an avid outdoorsman and a lover of everything music. You can contact him at JerryHolthouse@Nashville.com
Previous Nashville Songwriters Hall Of Fame Inducts Six
Next Billy Strings Announces Arena Shows