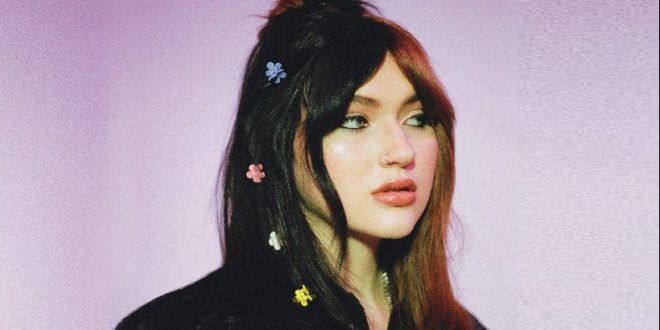 Fearlessly honest and undeniably magnetic, 17-year-old singer/songwriter GAYLE creates the kind of self-possessed pop music that’s empowering for both artist and audience. Since making her debut with the boldly confessional “dumbass”—a heavily playlisted track that premiered in early 2020—the Nashville-based musician has independently released a series of singles built on her unfiltered yet beautifully nuanced brand of songwriting. Newly signed to Atlantic Records, GAYLE is now gearing up to share a new batch of songs revealing her larger-than-life personality and willingness to expose her deepest insecurities and desires. Now at work on her debut project, GAYLE is intent on making music that offers her listeners a certain emotional freedom.

“With all my songs I’m just writing about my own experience,” she says, “with the hope that it’ll give people space to feel more comfortable with their own emotions. I just want everyone to do what makes them happy, and be more confident in who they really are.”

GAYLE has amassed over 5 million streams globally as an independent artist and was discovered by Grammy nominated songwriter, former American Idol judge, producer and music publisher – Kara DioGuardi. Along with an intimate run of upcoming headline tour dates in Nashville, Brooklyn, and Los Angeles, GAYLE is now set to perform at Bonnaroo’s SheRoo x She Is The Music’s Women of Nashville Showcase. The lineup showcasing some of Nashville’s brightest talent is set for Thursday, September 2nd at 6pm. We hope you can catch her set!

Music editor for Nashville.com. Jerry Holthouse is a content writer, songwriter and a graphic designer. He owns and runs Holthouse Creative, a full service creative agency. He is an avid outdoorsman and a lover of everything music. You can contact him at JerryHolthouse@Nashville.com
Previous WATCH: Bobby & Teddi Cyrus’ “Roll That Rock” Featuring Billy Ray Cyrus
Next Anderson East’s New Album “Maybe We Never Die” Drops Today