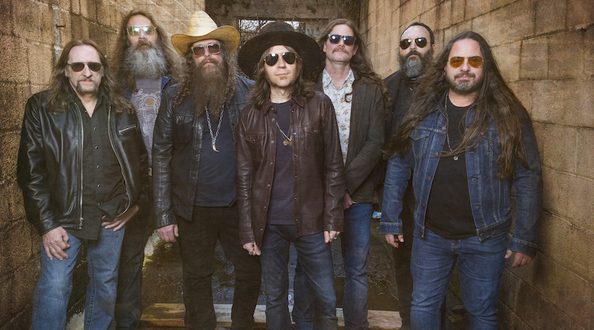 Celebrating the 10-year anniversary of their acclaimed album, The Whippoorwill, Blackberry Smoke will embark on an extensive headline tour this fall where they will perform the album in its entirety.

Reflecting on the milestone, lead singer Charlie Starr shares, “It’s almost impossible to believe that The Whippoorwill is 10 years old…I think we are as proud of it today as we were the day it was released.”

The Whippoorwill anniversary is just the latest landmark in the career of Blackberry Smoke, who celebrated their 20th anniversary as a band last year with their most recent album, You Hear Georgia. As they have for the past two decades, the band continues to embody Georgia’s rich musical legacy with the record, honoring the people, places and sounds of their home state. With the addition of producer Dave Cobb (Chris Stapleton, Jason Isbell), a fellow Georgian, You Hear Georgia pays homage to the band’s deep respect for their roots. Released to critical praise, Rolling Stone declared, “Blackberry Smoke are a Georgia band through and through…You Hear Georgia sounds downright huge,” while American Songwriter praised, “Blackberry Smoke is still on fire…a testament to that tenacity and an unapologetic ode to an insurgent attitude and tradition. That’s evident in practically every note and nuance” and Vintage Guitar proclaimed, “For 20 years, Georgia’s Blackberry Smoke has carried on Southern rock’s rich tradition. You Hear Georgia…is soaked in these roots.”

Throughout their prolific career, Blackberry Smoke has released seven studio albums in addition to several additional projects such as Stoned, an EP featuring seven Rolling Stones covers, Homecoming: Live In Atlanta, a live album and concert film, which debuted at #1 on Billboard’s Americana/Folk Album Sales chart, The Southern Ground Sessions, a 6-song acoustic EP and Live From Capricorn Sound Studios, an EP of six covers that have ties to the historic studio.

Music editor for Nashville.com. Jerry Holthouse is a content writer, songwriter and a graphic designer. He owns and runs Holthouse Creative, a full service creative agency. He is an avid outdoorsman and a lover of everything music. You can contact him at JerryHolthouse@Nashville.com
Previous Pilgrimage Announces Performance Schedule
Next Garth Brooks Picking Up The Bill For Nashville Police Substation