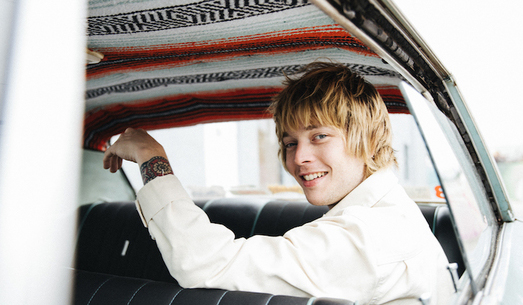 The official music video for Billy Strings’ GRAMMY-nominated song, “Love and Regret,” is out (watch above).

The release adds to yet another landmark year for Strings, who is nominated in two categories at the 64th Annual GRAMMY Awards: Best Bluegrass Album (Renewal) and Best American Roots Performance (“Love and Regret”). The live awards ceremony will be broadcast Sunday, April 3 at 8:00pm ET/7:00pm CT on CBS.

Out now via Rounder Records (stream/purchase here), Renewal was produced by Jonathan Wilson and solidifies Strings’ position as a singular artist—one who honors the history of the music that inspires him, while continually pushing it forward. With the record’s sixteen tracks, Strings shares a more personal and honest perspective through his songwriting, while incorporating his wide range of influences with elements of bluegrass, classic rock, metal, psychedelic music and more.

Hopefully you were able to grab tickets to one of his three sold out Ryman shows in May. If not you can catch him at Bonnaroo in June.
Click the button below to get tickets for Bonnaroo.

Music editor for Nashville.com. Jerry Holthouse is a content writer, songwriter and a graphic designer. He owns and runs Holthouse Creative, a full service creative agency. He is an avid outdoorsman and a lover of everything music. You can contact him at JerryHolthouse@Nashville.com
Previous Molly Tuttle’s Crooked Tree Drops April 1
Next Gibson Guitar Celebrates 61 Years Of Iconic Guitar