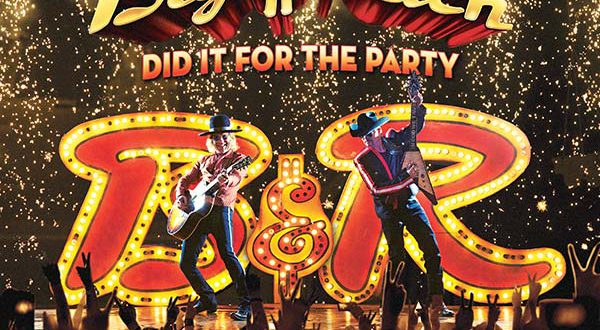 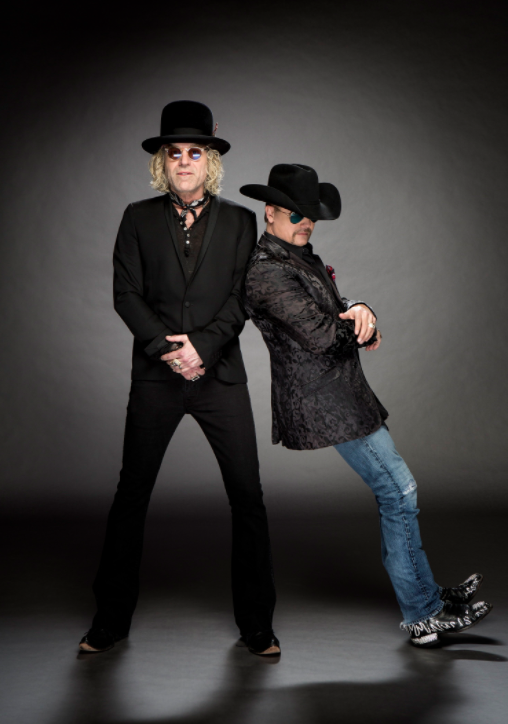 Larger-than-life country duo Big & Rich are releasing their sixth studio album Did It For The Party today before the pair rocks NBC’s “TODAY Show” Monday, Sept. 18 and entertains fans on “FOX & Friends” Tuesday, Sept. 19. In addition, Big Kenny and John Rich will be on a media blitz visiting Access Hollywood, Celebrity Page, People Now and many more next week. Big & Rich will also be the musical guest on “Jimmy Kimmel Live!” October 2.

Reviewers are already raving about Did It For The Party:

“Big & Rich have always made a habit of pushing the boundaries with their sound……but these days, their harmonies and their style owe just as much to the old school anything. There’s a cool throwback feel to “California” and a tender side unlike no other song they’ve ever done on “My Son.” You think you know Big & Rich? Think again, my friends – they just keep getting better and better!” – Chuck Dauphin, Billboard

“Big & Rich Did It For The Party, but they also did it from the heart. Fun, insight and humanity make this an emotional party out of bounds.” – Mike Ragogna, Contributor, The Huffington Post

The highly anticipated project features 13 new songs, all produced by Big Kenny and John Rich. Big & Rich fans, who are dubbed the “Freak Parade,” can order the album now on Apple Music / iTunes, Amazonand Google Play, as well as pick up a CD at Walmart®, Best Buy® and Target® stores nationwide through a partnership with TWIX®. Other national partners bringing Did It For The Party to fans include Ally® Bank and Crown Royal.

Did It For The Party brings Big & Rich’s music to a whole new level. In addition to the lead single “California,” the remainder of the album is classic Big & Rich, featuring a combination of upbeat anthems like the “Congratulations (You’re A Rockstar)” and “No Sleep,” while also showing the hell raisers’ softer side with the heartfelt tribute to their sons, “My Son” featuring The Isaacs. They are also teaming up with Thirty Tigers and The Orchard for marketing and distribution for Did It For The Party.

Big & Rich are huge fans of TWIX®, and have partnered with the brand to help introduce the new specially-marked Left TWIX® and Right TWIX® packs. The Left TWIX® and Right TWIX® packs feature two of the classic cookie-caramel chocolate bars, but are intended to celebrate things in the real world that are the same, yet different – like calling Big & Rich’s music “country” vs “western.”

“We know country music fans have a preference when it comes to sides, and we’re excited to be partnering with the sensational duo, Big & Rich,” said Michelle Deignan, TWIX® Marketing Director, Mars Wrigley Confectionery. “Whether it be choosing between Big Kenny’s groove and John Rich’s rhythm, or a Left TWIX® and Right TWIX®, we can’t wait to bring the element of choice to the Big & Rich fans.” Big & Rich are encouraging their fans to pick a side between Left TWIX® and Right TWIX®, and tell us what they’ve chosen by using #LeftTWIX or #RightTWIX on social media.

About Big & Rich:
Big & Rich is comprised of Big Kenny and NBC’s “The Celebrity Apprentice” winner John Rich. The multi-platinum hit duo have garnered multiple Grammy, ACM, CMA and CMT Music Award nominations. Their previous release, Gravity helped propel them to new heights, producing three back-to-back smash hit singles with “Look at You,” “Run Away With You,” and “Lovin’ Lately” featuring Tim McGraw. The country superstars’ first studio album, Horse of a Different Color, includes their hit infectious single, “Save a Horse (Ride a Cowboy).” Other hits include “Comin’ to Your City,” “8th of November” and their No. 1 hit, “Lost in this Moment.” Meanwhile, “Comin’ to Your City” is nearing a decade as the theme song for ESPN’s “College GameDay.”