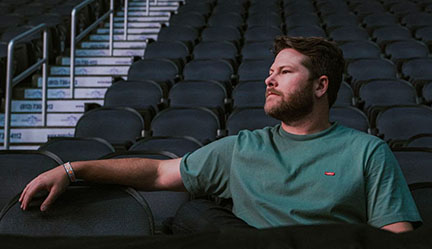 Third generation country music booking agent and artist advocate Austin Neal is pleased to announce the official opening of The Neal Agency. Designed to be a smaller, more artist-focused organization, the eight-act company, which is based in the Wedgewood Houston neighborhood in Nashville, is committed to creating touring plans that embody and build upon each artist’s individuality.

“I hope to have an agency that’s reflective of the kinds of relationships with my artists that I have with the people I’m starting this agency with,” Neal says. “I truly care about each person and the vision of what that artist wants to build. Beyond long careers and relationships, it’s a way to make a community of people through touring.”

With an initial roster that includes Ashland Craft, ERNEST, Riley Green, HARDY, John Morgan, Chase Rice, Seaforth and Morgan Wallen, The Neal Agency represents diversity and artists committed to staking their own claim. Each client has both a distinctive voice and a persona that stands out in today’s crowded marketplace.

With Green recently wrapping up a sold-out arena tour of the Southeast, and Wallen kicking off his first sold out arena and amphitheater headlining Dangerous Tour this month, Neal and his team are creating opportunities to fit the artist’s career. Having worked with most signings from the earliest phases of their time as an artist, they’re also invested in creating an agency where the artists support each other.

“I have always wanted and tried to be super-strategic in how I’ve attempted to tour our artists,” Neal explains. “It’s about being very focused on the next step to get to the next step. This smaller roster allows us to be hyper-focused on the people we’ve signed.

“Riley Green from Jacksonville, Alabama is the new age Tim McGraw, while HARDY is a songwriter who comes from another place. ERNEST is one of the most entertaining people I’ve ever met, Seaforth are both musical and hilarious, Chase Rice with his Head Down, Eyes Up brand understands the audience and Ashland Craft is such a free spirit and such a great vocalist. John Morgan is so dynamic and definitely an artist to watch in 2022. It’s an honor to work with all of them.”

With a management background from working with both Big & Rich and Bruce Kalmick while he was at Triple 8, Neal returned to the agency business at his father Kevin Neal’s urging. Never intending to run his own company – “I like booking dates, mentoring young agents and building up developing artists” – he is ready to follow in the footsteps of his Grandfather Bob, who managed Elvis and then opened the original Neal Agency in Nashville in the mid-60s after stints in Memphis and California booking Johnny Cash, Carl Perkins, Roy Orbison, Sonny James and Jerry Lee Lewis.

“My father grew up in this business with his father. He learned not just how to make deals, set up tours and build careers, but a wonderful sense of ethics and how to spot real talent. He did that with Jason, FGL and Morgan, and carried on the family tradition.

“My grandfather, who was a disc jockey, concert promoter and owned a record store understood recognizing talent, then helping the artists realize their potential. He brought people together, and that’s something I hope the new Neal Agency will do, too.”

Music editor for Nashville.com. Jerry Holthouse is a content writer, songwriter and a graphic designer. He owns and runs Holthouse Creative, a full service creative agency. He is an avid outdoorsman and a lover of everything music. You can contact him at JerryHolthouse@Nashville.com
Previous Tin Pan South Announces Participating Venues
Next Americanafest Tickets Go On Sale This Friday