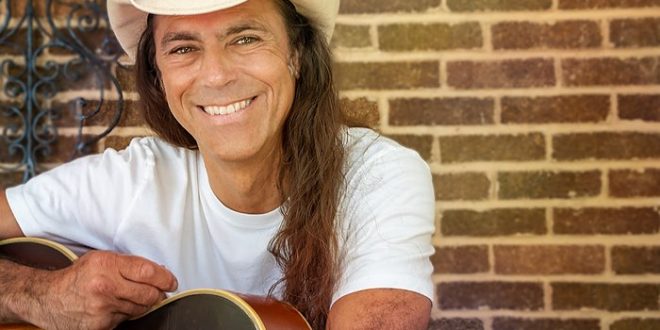 Austin Cunningham has been writing music on Music Row for nearly three decades, but the Texas songwriter performs and records his own material too. “Country and Western Music,” produced by Jim Reilley and Cunningham, mixes classic country, rocking Americana and Texas-styled music.

Cunningham plays a blazing electric guitar, resonator, banjo, harmonica and percussion and proves he can not only write the classic country song, tackle the usual subjects of drinking and partying, but he can rock hard too as heard on the opening country rocker “Homesick Gypsy” that he reprises a bit later with “Gypsy Boots.” He finds humor in the clever standout track, the rocking “God’s Last Name” (it’s not damn or dam) and one many of us could do without, “Testicle Festival.” In between, unless it’s the deluxe edition with 15 rather than 12 tracks, we get a lament in “Juan’s Drunk Again,” some uplifting encouragement in “Feelin’ Better” and every day emotions in “I Don’t Want a Dog.”

He has a perfect song for your favorite Mexican eatery – “Friends, Fajitas, and Ice Cold Beer.” He has fun playing his resonator on “Jerry Holt’s Jam.” Yet, Cunningham is not all fun and fluff as he proves on the introspective, reflective “Long Train,” referencing a funeral train and associations of mortality. He also has three engagingly heartfelt tunes – “No Friend Like an Old Friend,” which he renders acoustically with Allen Shamblin on the deluxe version, “My Favorite Song,” and “You Can’t Go Home Again (Flies on the Butter),” an eight minute-plus solo performance on the deluxe version only.

Cunningham may not be associated with such iconic writers as Guy Clark, but he could earn that kind of comparison with those songs. Cunningham’s predominant style is rocking, his voice is easy on the ears, and his wide spanning style makes simple comparisons difficult. If you’re fortunate to have the deluxe version, which best displays his songcraft, you’ll find his talent undeniable.

Music editor for Nashville.com. Jerry Holthouse is a content writer, songwriter and a graphic designer. He owns and runs Holthouse Creative, a full service creative agency. He is an avid outdoorsman and a lover of everything music. You can contact him at JerryHolthouse@Nashville.com
Previous Buddy & Julie Miller Set To Release First New Music In A Decade
Next Watch: First Installment Of Brett Young’s “Acoustic Sessions”