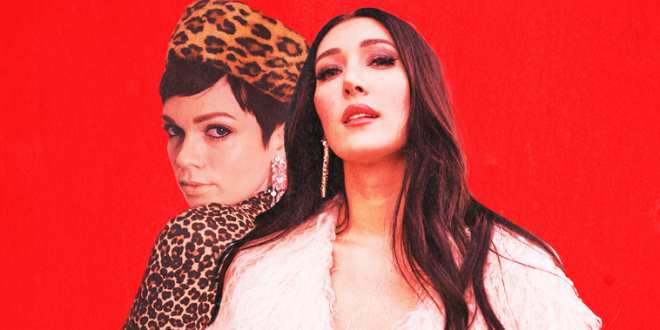 Aubrie Sellers and Nashville.com favorite Lillie Mae join forces this Spring for a national tour starting right here in Nashville at the The Basement East on March 26. The tour will hit clubs and theaters across the country.

With many commonalities, including being raised in music families, around high caliber musicians, and literally growing up on the road (Lillie in an RV with her family and Aubrie on a tour bus) these women also share the respect of many of their heroes, including Ralph Stanley, Steve Earle, Buddy Miller, Chris Stapleton, Miranda Lambert, Marty Stuart, Iain Archer, Brendan Benson, Jack White, Robert Plant, Dave Cobb, to name a few. And each has created her own brand of on-the-fringe “space rock country,” receiving praise from critics across genres.

Aubrie’s debut album New City Blues was lauded by critics  and just released her sophomore Far From Home February 7. The album was co-produced with Frank Liddell, and Aubrie co-wrote 11 of the album’s 12 songs.

“When Aubrie asked me if I wanted to do this tour with her, I got so excited I could barely wait! I couldn’t believe it,” says an effervescent Lillie Mae. “I am such a huge fan of her songwriting, her last record and the new music — and her incredible voice! I listen to her all the time, and I’m so honored to join her and her band for this tour, it’s going to be one for the books. I’m so thrilled to be part of such a cool tour.”

Aubrie adds, “This tour is going to be a blast. I love Lillie and all her creativity and energy. There’s just no one like her.”

Of the opening band, Out of Limits, Aubrie says, “We’re both super excited to have an all-star opener made up of members of our own bands coming together as the psych-country outfit ‘Out of Limits.’ It fits within our Cosmic Country/Americana show perfectly. Think of a blend of The Ventures, Everly Brothers, Link Wray and The Beach Boys.”

If you’ve spent any time at Laylas down on Broadway the last few years you know how good Lillie Mae is and this show at the The Basement East will sell out so you better hurry.

Music editor for Nashville.com. Jerry Holthouse is a content writer, songwriter and a graphic designer. He owns and runs Holthouse Creative, a full service creative agency. He is an avid outdoorsman and a lover of everything music. You can contact him at JerryHolthouse@Nashville.com
Previous Maya de Vitry To Release Sophomore Record “How To Break A Fall“
Next WATCH: Marcus King Shares His New Video “Wildflowers & Wine”