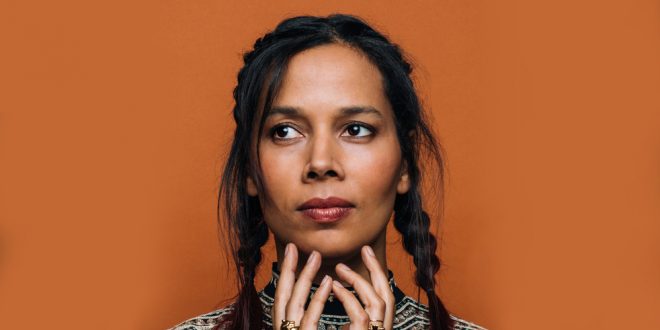 The Americana Music Association® announced today its partnership with the National Museum of African American Music (NMAAM), the only museum committed to preserving the legacy and honoring the accomplishments of the many music genres created, influenced and inspired by African Americans.

The two organizations have also established the inaugural Legacy of Americana Award, which will be presented to roots music virtuoso Rhiannon Giddens and posthumously to Frank Johnson, a pioneering American folk musician from the Antebellum era, during the 18th annual Americana Honors & Awards on September 11 at the historic Ryman Auditorium.

The Legacy of Americana Award has been instituted to honor an artist, writer, producer or educator who has either made a lasting impression through music or inspired art to recognize the legacy of Americana music traditions. Replicas of the awards will be showcased at the museum, which is scheduled to open in early 2020 in downtown Nashville.

This new partnership has derived from the Americana Music Association and the National Museum of African American Music’s mutual dedication to commemorating innovative musicians, composers and producers who have left an indelible impact on music and culture.

A MacArthur “Genius” Grant recipient, Giddens has shared this dedication throughout her highly lauded career by carrying on the underrepresented origins of African roots music and breathing new life into its deep history. In the U.S., her pivotal work traces a lineage of string music back to the late Johnson, who was a traveling fiddle musician and brass band leader of the most well-known group in his home state of North Carolina during the 19th century. Yet, the formative fiddle musician and his contributions have largely been forgotten in the context of musical history after his passing in the late 1800s, so much so that even locating an identifying photo is seemingly virtually impossible. The Legacy of Americana Award aims to shine a light on both of these musicians’ unparalleled influences on American roots music.

“African American artists play pivotal roles in the tapestry of Americana music,” said H. Beecher Hicks III, CEO and President of NMAAM. “Through the Legacy of Americana Award and our new partnership with the Association, we hope to shine a light on forgotten artists like Frank Johnson, whose stories may have been lost to history, and on innovators like Rhiannon Giddens, who is pushing Americana and American music forward by exploring the past.”

“We are honored to partner with the National Museum of African American Music and present the first Legacy of Americana Award to Rhiannon Giddens and Frank Johnson,” said Jed Hilly, Executive Director of the Americana Music Association. “Without a legacy, art would not outlive its creator. These two exemplary artists embody the spirit of this award. Furthermore, it is imperative to continue celebrating those who have made lasting impressions or have inspired art that recognizes the legacy of Americana music traditions, and this honor is a rightful step in the direction of preserving that history.”

NMAAM, set to open early next year, is dedicated to educating, preserving and honoring the legacy of African Americans and their contributions to music. With over 1,400 artifacts already collected, NMAAM will be the only museum in the world whose mission is solely focused on black music.

Described by Emmylou Harris as “the shining star of Nashville and music everywhere,” the association’s Americana Honors & Awards serves as the hallmark event of AMERICANAFEST®, Sept. 10-15 in Nashville, Tenn. For almost two decades, the critically acclaimed program has featured show-stopping performances by legendary mainstays and trailblazing newcomers, while honoring distinguished members of the Americana music community with membership-voted awards and top Lifetime Achievement awards at the Ryman Auditorium. Tickets for the Americana Honors & Awards are exclusively available for purchase by AMERICANAFEST Conference Registrants.

Giddens is also scheduled to speak on a panel alongside writer John Jeremiah Sullivan during AMERICANAFEST’s music industry conference, which will be headquartered at The Westin Nashville on Wednesday, Sept. 11 through Friday, Sept. 13. On that Friday afternoon, the two will be discussing the erasure of American music history at the comprehensive music business forum. The three-day conference is open to those with a 2019 AMERICANAFEST Conference Registration.

Music editor for Nashville.com. Jerry Holthouse is a content writer, songwriter and a graphic designer. He owns and runs Holthouse Creative, a full service creative agency. He is an avid outdoorsman and a lover of everything music. You can contact him at JerryHolthouse@Nashville.com
Previous “Exile – The Garage Tapes” Due Out August 16
Next Brooks & Dunn HOF Exhibit Opens Today