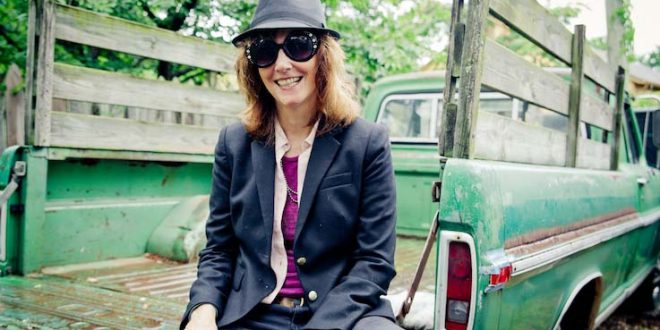 If there were an East Nashville Music Hall of Fame,  Amelia White would  already be in it. The now-famous scene was in its formative days when White arrived from Boston in the early 2000s and became a fixture at the Family Wash. She’s been a leading light in America’s most musical zip code ever since, even as she’s developed a reputation in the rest of the U.S. and Europe as a first-rate songwriter. She helped define and refine the core folk-rock sound of Americana, yet her band’s energetic pulse never outshines her carefully wrought lyrics. She’s a poet who’s been compared to more famous songwriters for years; now, it would be more appropriate to use her as a benchmark.

White’s seventh album ,  Rhythm of the Rain ,  due out January 25, 2019, is a volume of ruminations and short stories written largely during a tour in the U.K. in 2016. There, at a distance and with a sense of helplessness, she watched America’s political system and her values attacked from within. Then the project was recorded by East Nashville sonic maestro  Dave Coleman  (The Coal Men) in an emotionally wrenching four days between White losing her mother and marrying her partner. Roots music is a journal of love and loss, and Rhythm of the Rain couldn’t be a more potent dispatch.

“As a songwriter, I feel obliged to tell the stories that are coming through in the air to me in my world whether it’s personal or political or both. That can be hard,” White says. “ The  antenna is always on. Man, you’ve got to feel a lot. It’s a heavy load sometimes.”

She’s shared shows with the likes of   Brandy Clark, Asleep at the Wheel, John Prine , and   Justin Townes Earle , as well as performed for a handful of folks in unknown cafes. “There was a point in my career where I realized you have to go out and knock on doors with your songs,” she allows. “They need to be sung for people and that means a relentless tour schedule. If I were a trucker I’d be rich.”

The 12-song collection opens with a sunny snap of drums and a slurry steel-like guitar figure, in keeping with the electric punch that’s always been a key part of White’s sound. Then “ Little Cloud Over Little Rock ” zooms in on a scene in a bar in Middle America, where White lets telling

Music editor for Nashville.com. Jerry Holthouse is a content writer, songwriter and a graphic designer. He owns and runs Holthouse Creative, a full service creative agency. He is an avid outdoorsman and a lover of everything music. You can contact him at JerryHolthouse@Nashville.com
Previous Alabama Awarded The Tony Martell Lifetime Entertainment Achievement Award
Next New Townes Van Zandt Music Coming March 7