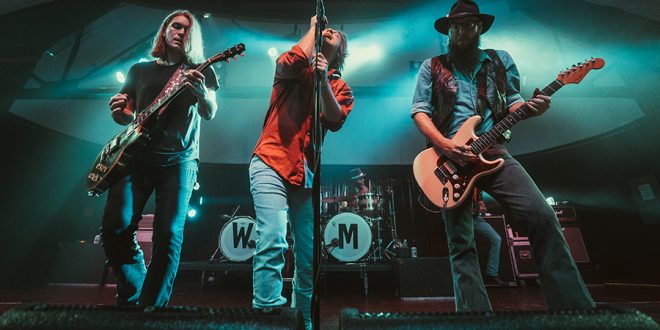 The Whiskey Myers 2023 Tour has added 15 additional headlining dates. The Live Nation-produced tour now spans 23 cities including a stop here in Nashville. Joining the band across varying dates are Giovannie & The Hired Guns, Rival Sons and The Weathered Souls, with additional support to be announced.

Tickets for the newly added shows go on sale starting Friday, January 13 at 10 a.m. GET TICKETS HERE for their show at Ascend Amphitheater on Saturday, May 6 here in Nashville.

The tour comes on the heels of the band’s 2022 Tornillo Tour, in support of their album Tornillo, and released in 2022 via the band’s own Wiggy Thump Records with distribution by Thirty Tigers.

Music editor for Nashville.com. Jerry Holthouse is a content writer, songwriter and a graphic designer. He owns and runs Holthouse Creative, a full service creative agency. He is an avid outdoorsman and a lover of everything music. You can contact him at JerryHolthouse@Nashville.com
Previous WATCH: Ashley McBryde’s “Brenda Put Your Bra On”
Next WATCH: Chase Rice Releases “I Hate Cowboys”