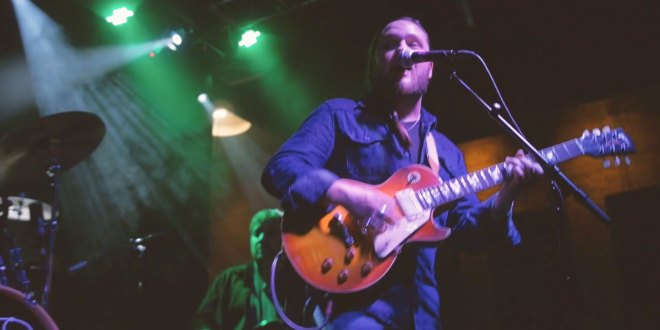 The Taylor Scott Band has released the video for their new song “Salted Watermelon” off the the album All We Have.

All We Have is a mix of Funk, Soul, Rock, and R&B. The album was produced by Steve Berlin (Los Lobos), who has earned multiple Grammy Awards and a Rock and Roll Hall of Fame nomination as the longtime horn and keyboard player for Los Lobos, Taylor has found the precise formula for a sound that is all his own, mixing his influences, into an incredible body of work that showcases his thoughtful, yet complex songwriting taken to another world with his impressive guitar chops and live performance.

Taylor was born in St. Louis, where his mother grew up. When he was a kid, he was introduced to a delightfully flavor-augmenting “salt on the watermelon” trick. When the family moved to Wyoming, putting salt on watermelon was one of the many things that right off the bat, made Taylor the “weird kid.” This vivid memory came was front and center when he wrote that first line, sparking a song about being a free-spirit and embracing the quirks that may make you strange to some, but make you who you are.

All We Have has been a creeper, jumping into the Americana radio charts as a result of non-stop touring, which has included supporting legendary artists like Los Lobos, Dave Alvin, Jimmy Gilmore, and Buddy Guy. In his home state of Colorado, the album has been sitting comfortably at #2 on the Roots Music chart right in between the Lumineers and Nathaniel Rateliff & the Night Sweats. The band is currently playing their debut headlinging show in Nashville tonight at the Basement followined by performances in Boyd’s Jig & Reel for WDVX’s Weekly Live Radio Show in Knoxville on November 20th, and WMOT’s Finally Friday live radio show in Nashville on November 22nd before ending the year with shows back in their home state of Colorado.

Music editor for Nashville.com. Jerry Holthouse is a content writer, songwriter and a graphic designer. He owns and runs Holthouse Creative, a full service creative agency. He is an avid outdoorsman and a lover of everything music. You can contact him at JerryHolthouse@Nashville.com
Previous Alabama Adds Second Show at Bridgestone
Next Americana 18th Annual Honors Premieres November 23 On PBS