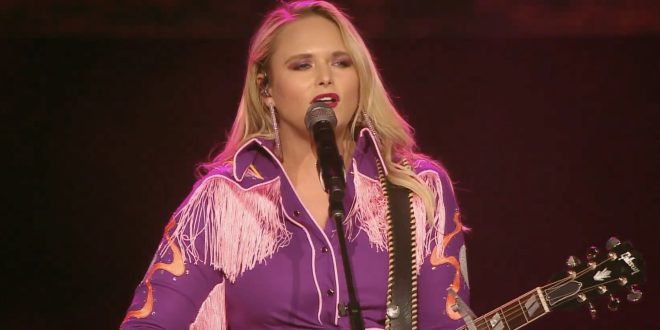 As her Velvet Rodeo Las Vegas residency wraps a third week of shows, reigning ACM Entertainer of the Year Miranda Lambert celebrates the joy of live shows with a new music video for her current single, “Strange.” Watch above.

Featuring her headlining set at the Windy City Smokeout plus various dates of this summer’s The Bandwagon Tour, the video offers a visual celebration of Lambert’s live show plus a behind-the-scenes look at the backstage camaraderie between Lambert and her longtime band and crew.

“We wrote this song in the middle of 2020, when live shows felt so far away and we weren’t sure when we’d have that connection with fans again,” notes Lambert of the single written together with Luke Dick and Natalie Hemby. “Getting back on the road this summer, and now in Las Vegas, it’s so special to see a crowd full of smiling faces singing along. I love that we were able to capture that feeling with this video!”

The anthem of timely encouragement follows recent Top 10 hit “If I Was A Cowboy,” the 15th of her career, as the second single off Palomino, named one of the best albums of the year by TIME, Rolling Stone, Billboard and more. The project is nominated for Album of the Year at the upcoming CMA Awards, where Lambert is also nominated for Entertainer of the Year and Female Vocalist of the Year.

Music editor for Nashville.com. Jerry Holthouse is a content writer, songwriter and a graphic designer. He owns and runs Holthouse Creative, a full service creative agency. He is an avid outdoorsman and a lover of everything music. You can contact him at JerryHolthouse@Nashville.com
Previous Morgan Wallen Wraps Up Dangerous Tour
Next Ashley McBryde Set For Two Nights At The Ryman