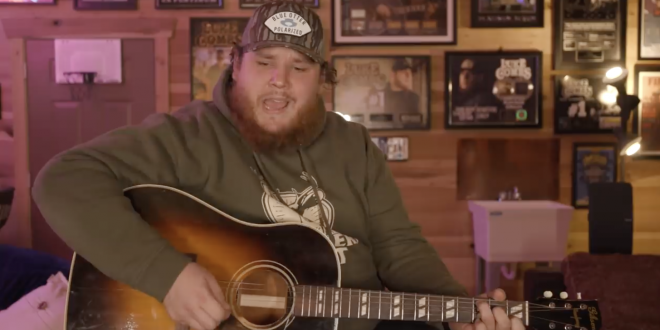 Luke Combs’ song “Six Feet Apart” continues to touch hearts and relate to fans all over the globe. Combs originally posted an acoustic version (above) and then fans wanted more. Combs explained on Twitter: “When I posted this video of “Six Feet Apart,” I had no idea it would take off the way it did. But thanks to y’all, it did, then I saw all of the tweets about wanting me to record it, so I did just that & it is now available everywhere you listen to music. Combs wrote the song on April 14 during a Zoom writing session with songwriters Brent Cobb and Rob Snyder. The song is a positive note in a negative time. Buy the song here.

Music editor for Nashville.com. Jerry Holthouse is a content writer, songwriter and a graphic designer. He owns and runs Holthouse Creative, a full service creative agency. He is an avid outdoorsman and a lover of everything music. You can contact him at JerryHolthouse@Nashville.com
Previous Thomas Rhett Scores His 15th Number One
Next CMT Celebrates Our Heroes June 3