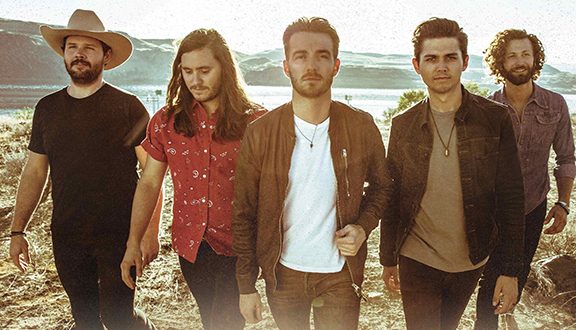 WATCH: LANCO Features Their Wives In “Near Mrs.”

LANCO brings to life the clever lyrics behind their new roots-rock anthem “Near Mrs.” with the release of its official music video today (watch above). The track’s video shares personal footage of the band’s wives, which is intertwined with a hard-charging live performance. Directed by Devon Lancaster, the official music video for “Near Mrs.” is available today now.

“We wanted to heighten the last line of the chorus ‘I would have missed out on you’ and show off exactly who that person is to us,” lead singer Brandon Lancaster said. “Looking back on everything from late night hangs, weddings and babies…we have so much to be grateful for and this video represents that. This is something really special for our close-knit family to have in years to come.”

The song was written by Lancaster, Shane McAnally and Jeremy Spillman

Music editor for Nashville.com. Jerry Holthouse is a content writer, songwriter and a graphic designer. He owns and runs Holthouse Creative, a full service creative agency. He is an avid outdoorsman and a lover of everything music. You can contact him at JerryHolthouse@Nashville.com
Previous Travis Tritt Returns To “Classic Outlaw-Country Sound”
Next ACM Award Nominations Announced