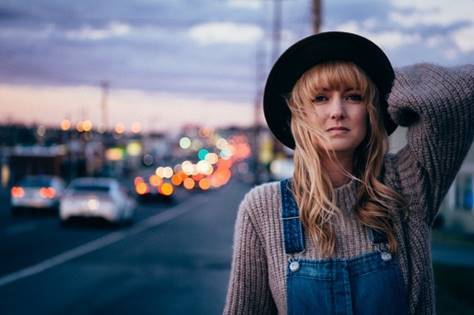 Mixing the bright melodies of pop music with the texture, twang, and storytelling narratives of Americana music, Sarah Lou Richards expands her sound with this year’s Someone Who Gets Me. The new album was released September 29th, 2017.

Shaped by the highway miles, personal experiences and life changes that have unfolded since her previous release — 2014’s The Woman Behind the Curtain, whose track list featured the production talents and vocal harmonies of Gary Nichols, front man of Grammy award winning bluegrass act The SteelDrivers, Someone Who Gets Me finds Richards making the biggest, boldest music of her career. It also builds upon the sound she began developing in 2007, after the Wisconsin native moved to Nashville and dove headfirst into a mix of mainstream country (Miranda Lambert, Bonnie Raitt) and left-of-center Americana singers (Ryan Adams, Brandi Carlile, Patty Griffin). She felt at home between those two camps. Throughout her 10 years in Nashville, Richards has also maintained an active touring schedule while volunteering at local music-based charities like Musicians on Call between gigs.

As the title suggests, Someone Who Gets Me is quite personal, full of original music written in celebration of friends’ weddings (“Love Always Wins”), the births of Richards’ niece and nephew (“Jaidyn’s Lullaby,” “Song for Peaches”), and her own self-empowerment (“Soldiers Heart”). Richards whips up some convincing fiction, too, turning “The Fisherman” into a story-song about a water-worker and delivering “Plane Blue” from the perspective of a man scorned.

Much of Someone Who Gets Me was written at home in Nashville. Even so, Richards headed back to her native Midwest to record the album, which was tracked in Minneapolis with producer Adrian Suarez and a multi-piece band. Together, they filled Richards’ songs with guitar, pedal steel, bass, drums, and overlapping layers of vocal harmonies. The kickoff track, “High on a Hill,” even finds the singer working the chorus of Tom Petty’s “Free Fallin'” into the final moments, creating a bridge between her new song and a familiar favorite. Eclectic and expansive, the record widens Richards’ sound while doubling down on her strengths.

Sarah Lou will be hosting a record release concert on Friday, November 17th at American Legion Post 82 in East Nashville.