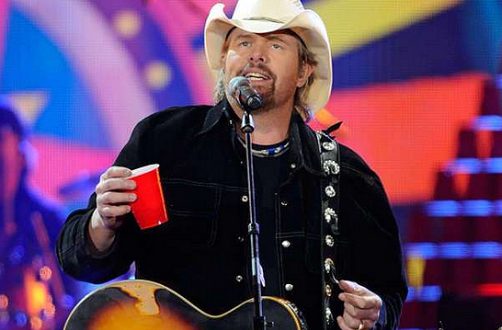 Toby Keith is known for many things, but an encyclopedic knowledge of country music may be the least recognized. The Songwriters Hall of Famer is also as close to a human country music jukebox as one can get. And fans are beginning to see that side of him in selfie videos Keith recently started posting online. But it almost wasn’t to be…

Like the rest of the world, Keith found himself on the brink of lockdown a few weeks back. The problem, however, is he was in Mexico without any of his musical gear. Not a guitar in sight. Thankfully, a last-minute stop at a local furniture store yielded a used guitar – albeit one with bad action (strings are too high off the neck). Combined with a fortuitous case of quarantine boredom, The Furniture Store Guitar Sessions were born.

Keith has been recording and posting videos from his own phone – more than a dozen so far. The latest is a tribute to the late Harold Reid, member of the legendary vocal group, The Statler Brothers. “Great guy, great entertainer, great singer,” Keith says in opening his performance of the group’s “Flowers On The Wall.” “What a career. Rest in peace, Harold.”

In another video, Toby pays tribute to his friend Clint Eastwood, who included one of Keith’s songs in his 2018 movie The Mule following a day on the course. “My old golf partner’s got a big birthday coming up this spring,” Toby says while introducing the late Eddie Rabbitt’s “Every Which Way But Loose.” “I thought of him today. This was a title cut from one of his big movies. Try this on for size.”

To be sure, he’s included some of his own songs including “Nights I Can’t Remember, Friends I’ll Never Forget,” “The Size I Wear” and “Cabo San Lucas.” Friends, fans and media are taking notice. His cover of Hoyt Axton’s “Evangelina” was featured on Willie Nelson’s Come And Toke It live stream event April 20 (4/20, of course). And CMT has pigeonholed an unreleased TFSG tune for an upcoming broadcast.

In more conventional news, his fully-produced new song “What’s Up Cuz” is out on all streaming platforms. Meanwhile, Toby Keith is staying put and encouraging others to do the same. “You’re helping the ones most at risk,” he says in one of his recent postings. “Including the ones at the OK Kids Korral.”

Music editor for Nashville.com. Jerry Holthouse is a content writer, songwriter and a graphic designer. He owns and runs Holthouse Creative, a full service creative agency. He is an avid outdoorsman and a lover of everything music. You can contact him at JerryHolthouse@Nashville.com
Previous WATCH: Randy Rogers and Wade Bowen’s “Rodeo Clown”
Next Garth Brooks and Trisha Yearwood Will Perform Opry’s 4,922nd Consecutive Saturday Night Broadcast