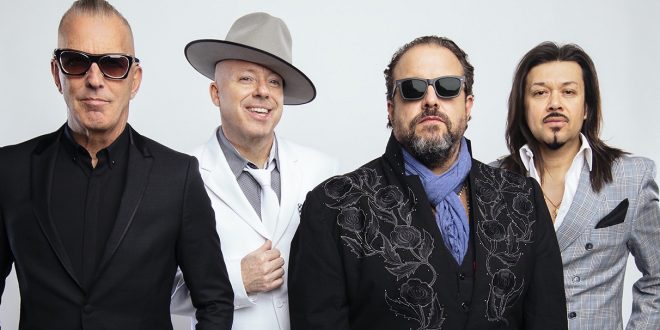 The Mavericks to Perform with Nashville Symphony

Grammy award-winning group The Mavericks are coming to Schermerhorn Symphony Center for three special nights performing with the Nashville Symphony on November 8-10. The band is on tour in support of their acclaimed album  Brand New Day, which received two Grammy nominations (Best Americana Album and Best American Roots Song, “I Wish You Well”).  Brand New Day is the group’s first independent, full-length studio release on their label Mono Mundo Recordings.

Brand New Day represents a milestone for The Mavericks in a career full of them. The album merges key elements of Tex-Mex, Cuban bolero, R&B, blues, country, and rock ‘n’ roll.  In 2019 The Mavericks will celebrate their 30th anniversary.

Music editor for Nashville.com. Jerry Holthouse is a content writer, songwriter and a graphic designer. He owns and runs Holthouse Creative, a full service creative agency. He is an avid outdoorsman and a lover of everything music. You can contact him at JerryHolthouse@Nashville.com
Previous Americanafest Brought In 50,000 From Around the World
Next CMA Celebrates Its 60th Anniversary