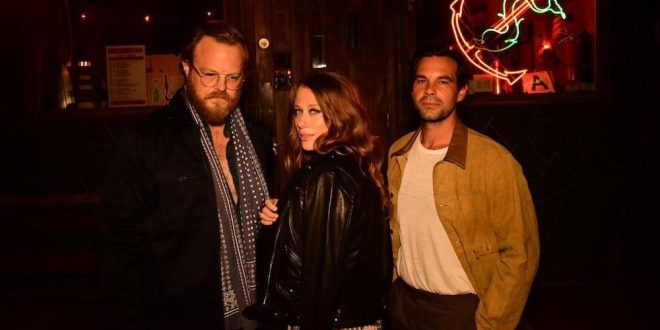 The Lone Bellow Hit Number One On Americana Charts

The Lone Bellow’s first single “Count On Me” has hit #1 on the Americana radio charts with spins on over 70 Triple A and Americana stations across the country. “Count On Me,” is a song that reminds us all with soul-shouting intensity that it’s safe and important to lean on one another for survival.

Singer/songwriter Zach Williams says: “After singing ‘Count On Me’ together in the studio we walked outside and couldn’t help but think about the sense of camaraderie and kindness that seems to happen at our shows. Like strangers becoming neighbors wrapping their arms ‘round each others necks and saying ‘I got ya.’”

“Count On Me” is from The Lone Bellow’s soon-to-be-released album HALF MOON LIGHT (Dualtone Records, an Entertainment One Company). Out February 7 and produced by The National’s Aaron Dessner, HALF MOON LIGHT is the band’s fourth studio LP and first one since 2017.

Heaed to Nashville and Need a Hotel?
GUARANTEED Lowest Rates for Nashville Hotels!

Music editor for Nashville.com. Jerry Holthouse is a content writer, songwriter and a graphic designer. He owns and runs Holthouse Creative, a full service creative agency. He is an avid outdoorsman and a lover of everything music. You can contact him at JerryHolthouse@Nashville.com
Previous Charlie Daniels Band & The Marshall Tucker Band Announce Tour
Next Ross Ellis To Headline “Nashville Hits The Roof” Concert Series